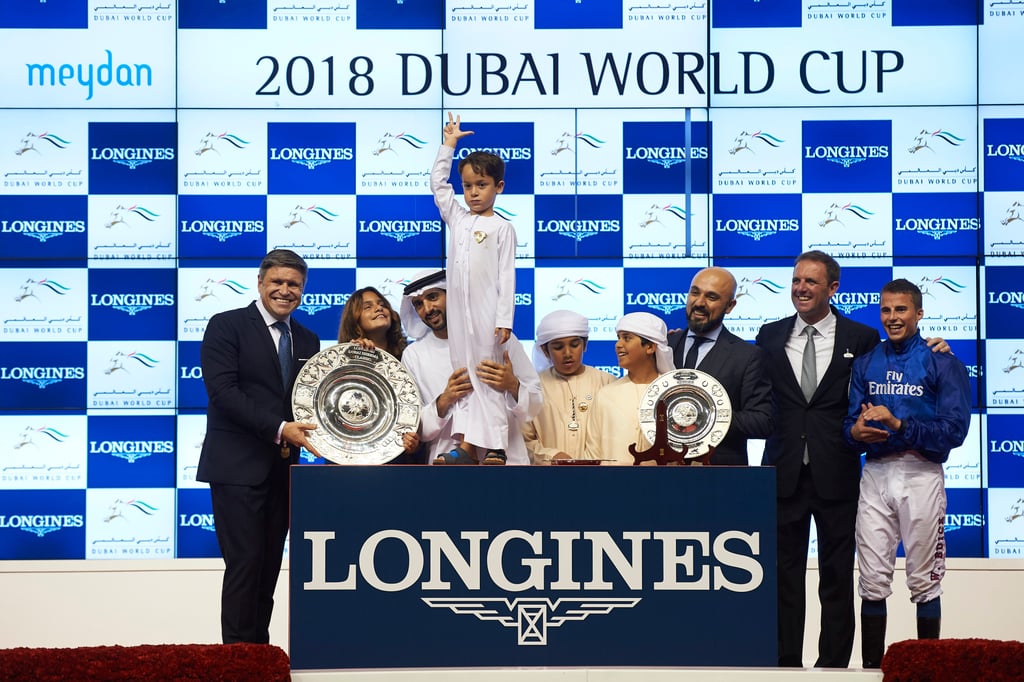 His Highness Sheikh Hamdan Bin Mohammed Bin Rashid Al Maktoum's horse won the Dubai World Cup on Saturday, an event dubbed the richest in the world thanks to its $10 million prize.

Thunder Snow was the beauty to crossed the finish line first, ridden by jockey Christophe Soumillon and trained by Saaed bin Suroor (his eight win at DWC).

"We have the best owner in Sheikh Mohammed. He is the best leader and gives us the best horses. It is a brilliant win and I will give the trophy to my mother and brothers and family," Suroor said.

Despite all the stunning equestrian action on the day, our eyes were glued to the Dubai royal family who were the cutest every time the camera caught them in action.

Sheikh Mohammed was joined by daughter Her Highness Sheikha Al Jaleela Bint Mohammed Bin Rashid Al Maktoum and the swoon-tastic Sheikh Hamdan, but out favorite moments came from the littlest of them all. How adorable is Zayed bin Mohammed as he gets involved in the all the sporting action? His siblings helped him soak up all the attention as he mounted the platform each time they were on the podium.

It's clear he takes after his father already, as he often held up the famous three-finger salute.

See the gallery for more of the royals at the Dubai World Cup 2018.