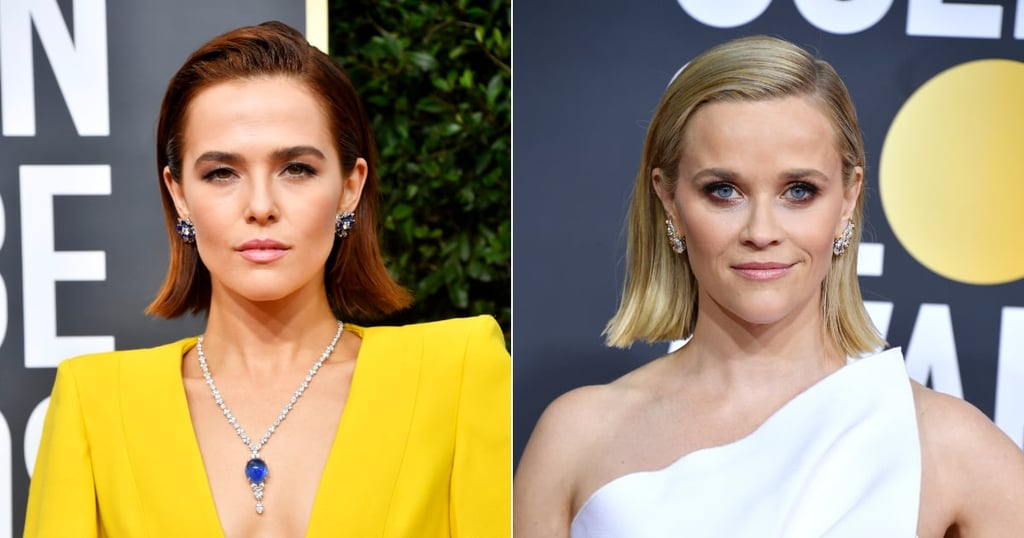 Is It 2000 or 2020? Because Flipped Out Bobs Ruled the Golden Globes Red Carpet

The bob totally ruled 2019, and it seems the iconic hairstyle will rule 2020, as well. We came to this conclusion after seeing all of the "flipped out" bobs at this year's Golden Globe Awards, with stars like Zoey Deutsch, Reece Witherspoon, and Lucy Boyton all rocking the nostalgic style. And are we mad about it? Absolutely not.

Last year, we saw a number of hairstyles with flipped-out ends — most notably by hairstylists Chris Appleton and Justine Marjan. These styles, however, had a distinct '60s feel, worn as a ponytail or half-up style, and were always soft but also super-glamour.

Based on the hairstyles we saw last night, the 2020 iteration of the flipped-out ends trend (so far) is choppier, punkier, and more graphic — as we saw at the Globes with all of the actors wearing their blunt (or blunt-ish) bobs and lobs with the ends subtly flipped out above the shoulders. But there isn't just one way to wear this look: Zoey Deutsch and Reese Witherspoon both had side parts and slicked back hairlines; Lucy Boynton added beach waves, while Michelle Williams incorporated a soft finger waves; and Bebe Rexha gave hers a bit of grunge with dark roots and a piece-y texture.

If 2020 brings more hairstyles anywhere near as good as these, we're in for a treat. Get a closer look at the best flipped bobs at the Golden Globes, ahead.