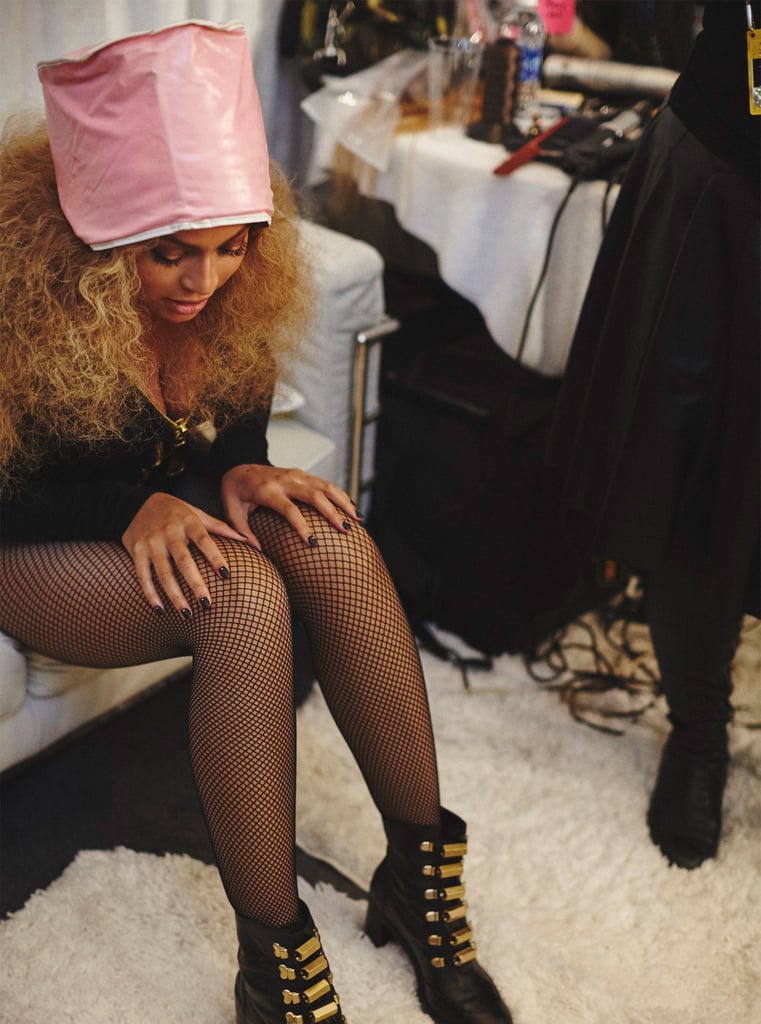 It's been nearly a month since Beyoncé slayed us with her Super Bowl halftime show performance, but she's still managing to keep fans rapt with social media snaps from the big gig. This week, Queen Bey shared behind-the-scenes photos from her rehearsals with Coldplay and Bruno Mars, including adorable pictures of her 3-year-old daughter, Blue Ivy. She also gave us a glimpse of her backstage beauty routine, and one of the products she used while getting ready caught my eye (and brought back memories).

The puffy pink hat Beyoncé is wearing on her head in the photos is a heat cap and is commonly used by women of color — including my late grandmother — and women with curly, coarse, or low-porosity hair. It brings in direct heat to moisturize, condition, and stimulate your hair and scalp. Using a heat cap can actually improve the elasticity of your hair while also helping deep treatments better penetrate your follicles. It's likely that Beyoncé had applied a conditioner or cream to her scalp and was using the heat cap as a way to quickly dry it before she hit the field.

It doesn't come as a huge surprise that Beyoncé would use a heat cap — especially since her mom, Tina Knowles, was a hairstylist and salon owner when she was growing up — but her sharing photos of herself wearing it pairs pretty nicely with her "Formation" video in the way that it depicts the singer as being proud of her roots and the beauty customs she grew up with as a black woman. Not only do we now know that Beyoncé carries hot sauce in her bag, but she's got a heat cap on her head, too.