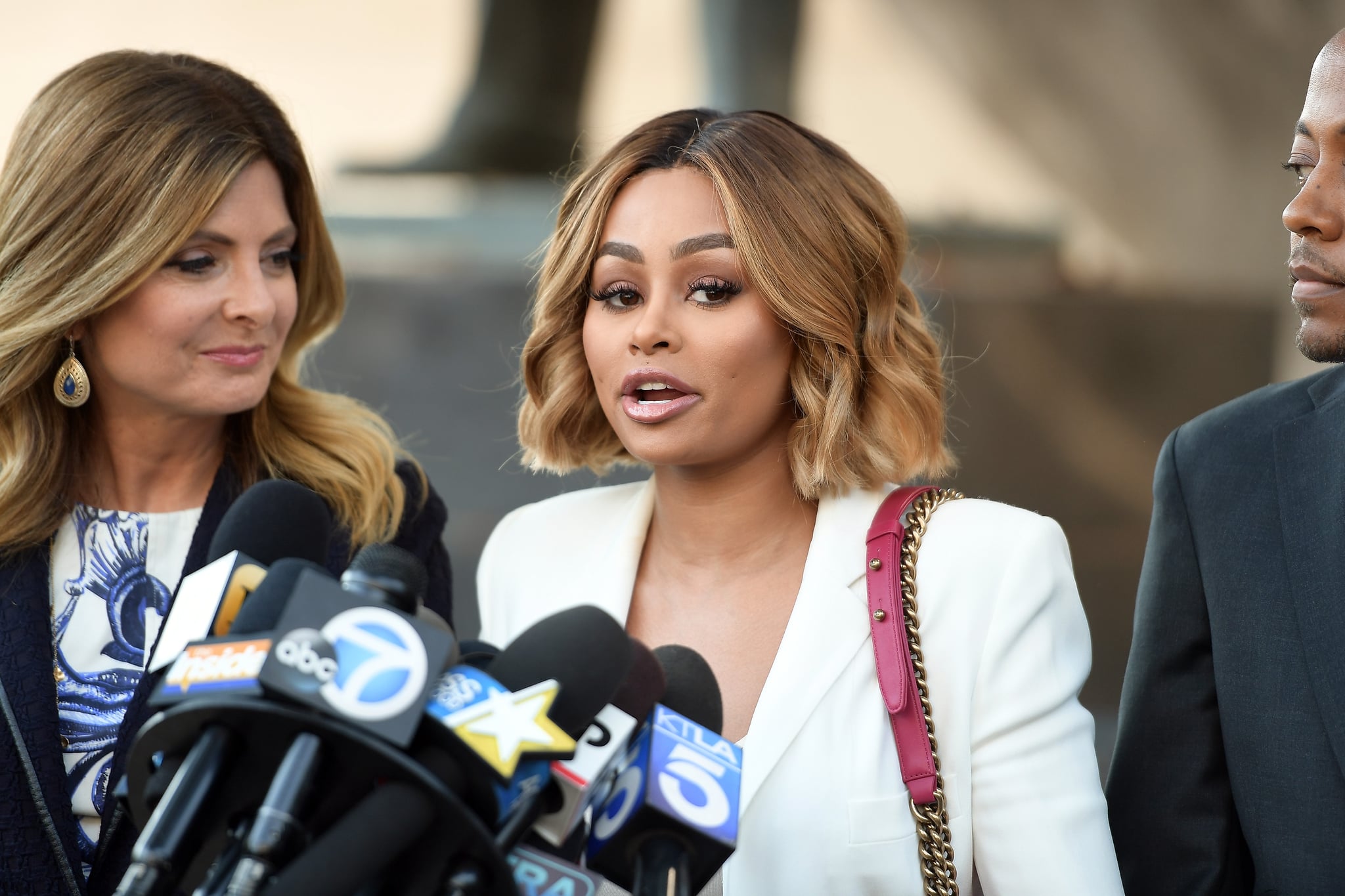 Blac Chyna is no stranger to a good ol' wig, so it comes as no surprise that she's been sporting a variety of them while dealing with the recent sh*tshow of drama with her on-again-off-again boyfriend, Rob Kardashian.

Soon after the Rob shared a series of extremely NSFW images of her on his Instagram (which have now been deleted), Chyna posted a collection of photos in which she looks calm, cool, and collected while sporting bright rainbow-colored locks. But as the Rob-related drama developed and garnered more media attention, she traded in the unicorn 'do for some more serious hairstyles — her "legal action wigs," as the internet has officially dubbed them — to show that she's not messing around.

For a Good Morning America interview that aired July 10, the reality star opted for a blond wig with long, loose waves as she discussed her devastation at Rob's actions. Later on, she was seen at a courthouse in California after being granted a temporary restraining order against Rob. For the court meeting, she was rocking a short bob wig with honey highlights, another dramatic switchup.

Both wigs were sending off the same message: Chyna means business, and it seems like she won't stop until justice is served. The internet naturally took note of the makeup mogul's ever-changing hair, and couldn't help but offer up their two cents on her various "legal actions wigs."

Blac Chyna's "May I please speak to the manager" wig is giving me LIFE right now.

Draw strength from it this morning. And enjoy your day. pic.twitter.com/eHknVTQrjF

Blac Chyna put on some neutral make up, a black suit and her best wig getting ready to sue the shit out of Rob 😂😂

Why Blac Chyna put on that Lifetime courtroom drama wig? She means business. Coming for ya Rob! @WendyWilliams pic.twitter.com/zry63jZA4x