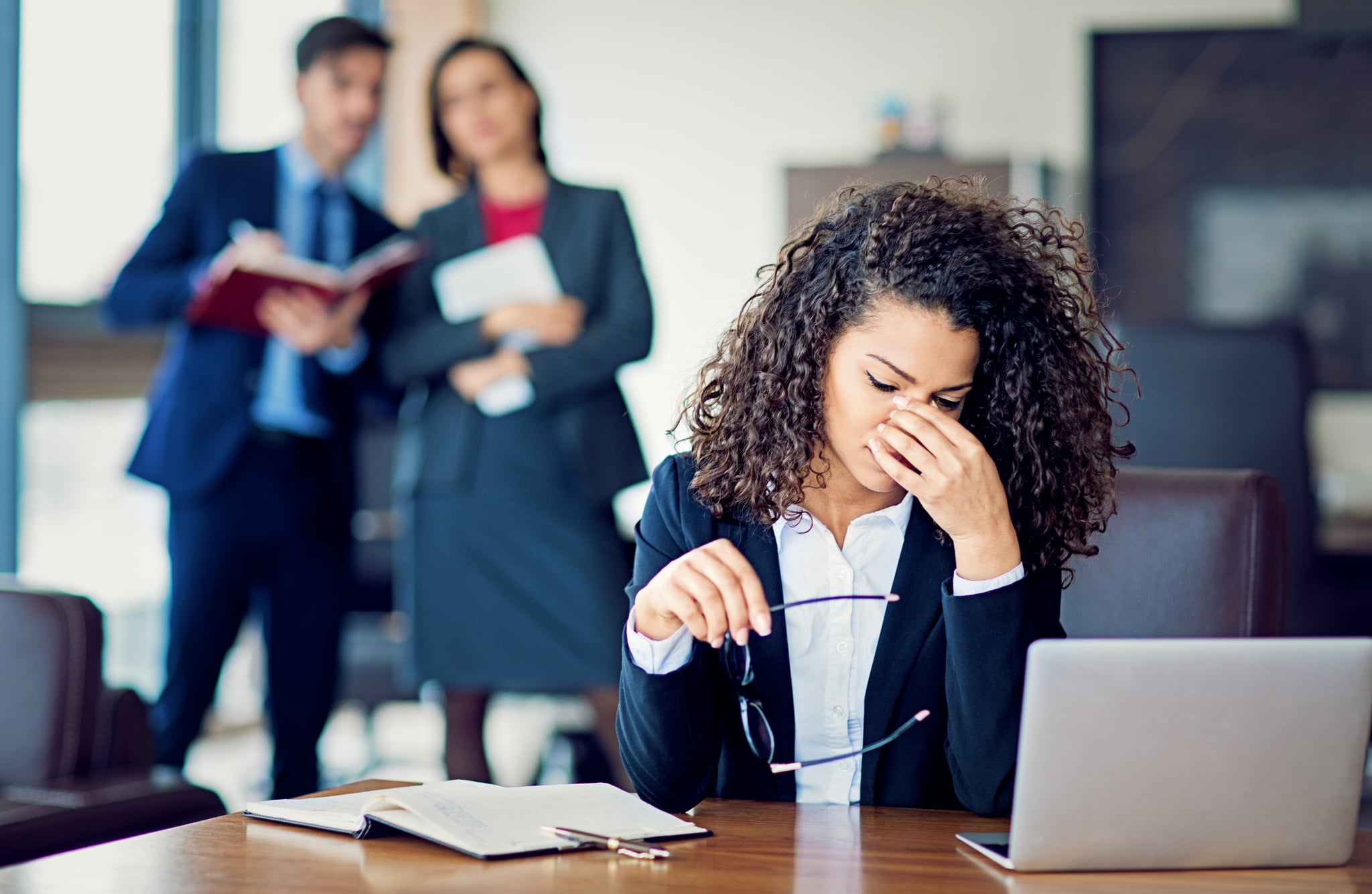 Much to the dismay of anyone with atychiphobia, the truth about job hunting remains: in interviews, like in life, there are only so many things you can control. Even when you've fine-tuned your résumé, researched the company, and concocted a decidedly thoughtful response to the wild card "What kind of animal would you be?" question, sometimes there are other, far less obvious factors playing into your odds of getting hired — like the condition of your skin.

It isn't always conscious, but for some interviewers, the bias is real. Studies have shown that people with facial acne are discriminated against in the job market, with one survey revealing that 78 percent of respondents thought people with blemishes or acne scars were less likely to be hired based on their appearance.

"We live in a society that socializes us to have certain stereotypes that might exist outside of our conscious awareness," said Alison Green, an ex-hiring manager and columnist for the popular career blog Ask a Manager. "These biases can be about race, gender, age, religion, disability, socioeconomic class, physical attractiveness — all sorts of things."

"Whether consciously or unconsciously, we assume that attractiveness is associated with competence, even though we know that it's not true."

From a legal standpoint, no federal law has been passed to protect people based on their appearances, at least not without the evidence of a disability. But that last part — a bias based on someone's physical attractiveness — has been widely researched.

"Whether consciously or unconsciously, we assume that attractiveness is associated with competence, even though we know that it's not true," said Matthew Traube, MFT, a psychotherapist who specializes in the psychological impact of skin conditions. "I have had clients tell me that they felt that they would have gotten a job if they did not have acne."

In some cases, this bias can vary depending on the actual open position; Green notes that more managers will put weight on a candidate's appearance if the job is a client-facing one. "They'll often frame it as looking for candidates who are 'well-groomed and polished,' but in practice that's sometimes more about a particular physical look than it is about polish," she said. "And to be clear, employers should recognize that you can have acne and still be well-groomed and polished." 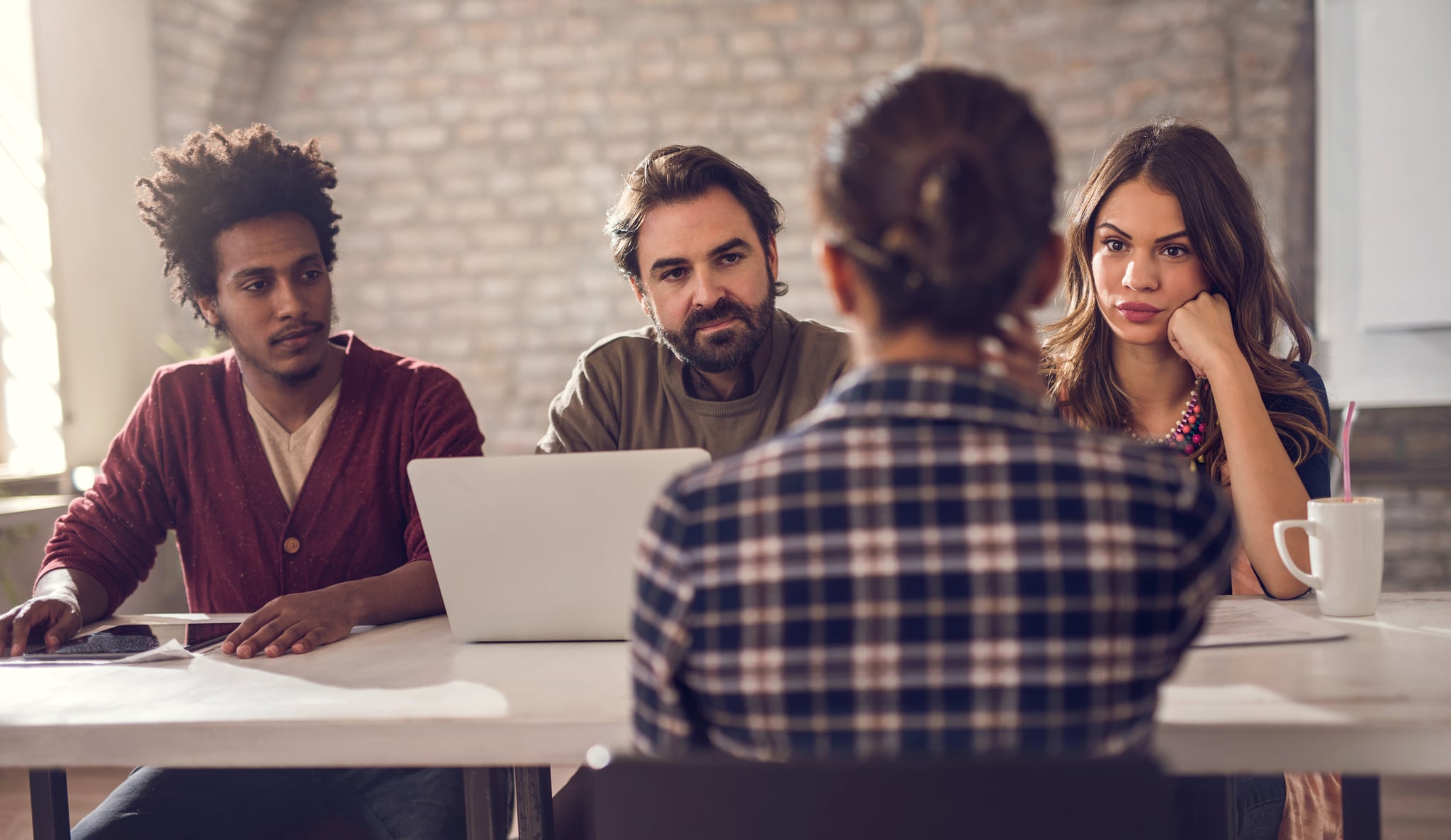 As for the reason behind the bias, Traube theorizes it could be due to the misguided perception that acneic skin is a result of poor hygiene — an association that, again, the interviewer might only be partly aware of. Dr. Josie Howard, MD, a psychodermatologist and expert for Abreva, agrees: "Blemishes, cold sores, and even psoriasis and eczema are often seen as a source of contagion. Society can have a negative perception of blemishes, especially on the face, even when the condition is common."

In an ideal world, all employers will have trained hiring managers on how to identify, and then guard against, every type of unconscious bias. Still, acne bias can also be self-inflicted. Going into an interview already worried that others will think less of you because of your skin, Traube says, could then negatively affect your performance.

"People become acutely aware of any visible blemishes, and their self-consciousness is intensified."

"Having any visible skin condition — especially one that is on the face, like acne or a cold sore — can have a profound impact on self-esteem," Dr. Howard said. "By definition, job interviews are a time where you are presenting yourself to be evaluated and trying to put your best face forward, so to speak. People become acutely aware of any visible blemishes, and their self-consciousness is intensified — taking their mental and emotional focus off the content of the interview and interpersonal interactions and onto worrying about their skin and appearance."

To make matters worse, if you're prone to hormonal breakouts, the stress that comes with prepping for an interview could also trigger flare-ups. "For skin conditions that are exacerbated by anxiety, this can become a vicious cycle," Dr. Howard said. "Stress can impair the immune system and in turn make you more vulnerable to acne. Then, the stress of a visible outbreak increases stress, further worsening the blemish."

When you feel stress acne coming on, the most important course of action is to stick to your normal skin-care routine. Don't add an extra step or spend too much time in front of a magnifying mirror — that only makes it worse, she says. Keeping a fast-acting spot treatment or hydrocolloid bandage in your purse can give you peace of mind. More importantly, though, wear your confidence as if it were included with purchase of your Cole Haan loafers.

"The single most important factor is presenting yourself as comfortable in your skin," said Dr. Howard. "You might have a visible blemish, but focusing your attention on your excitement about the job will quickly shift your interviewer's focus as well. As Sophia Loren said, 50 percent of beauty is believing you are beautiful." 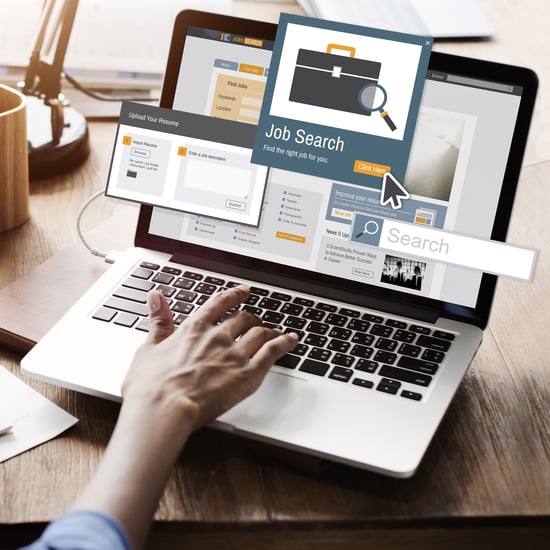 Michael Page
Looking for a Job? These Expert Tips are Here to Help You Stay Motivated During Your Search
by Kate-Lynne Wolmarans 30/8/20
Latest Beauty