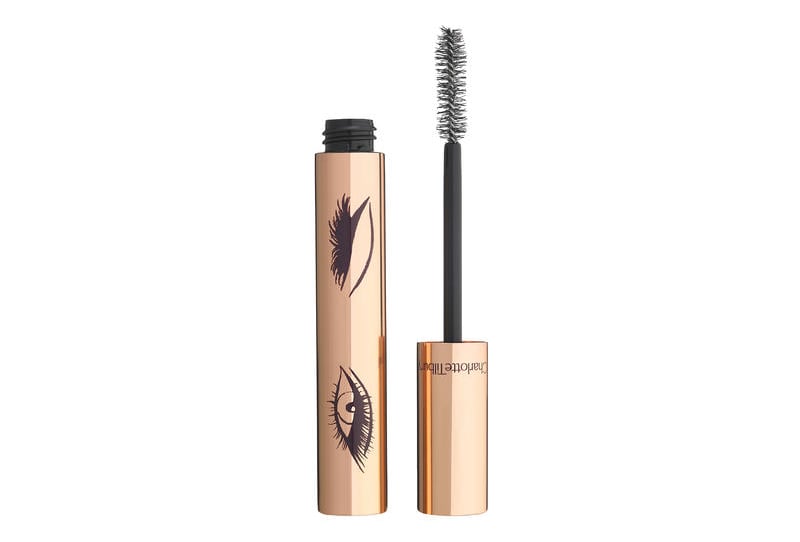 We're already fully obsessed with Charlotte Tilbury's first mascara, Full Fat Lashes ($29) – and we aren't the only ones. In a recent conversation with Charlotte herself, she told is it's the number one bestselling mascara at Bergdorf Goodman.

Well, the British makeup guru is about to add a new product to our regular rotation with the launch of Legendary Lashes ($32), which was just released today.

Charlotte promises that the new mascara will give "Hollywood-False Lash Effects" with the application of two coats. If any makeup artists can make such a claim, it's surely Charlotte; her long roster of A-List clients knows that she's the one to turn to for a perfect red carpet look. In fact, Charlotte's model and actress clients inspired Legendary Lashes.

"This mascara was almost born on the red carpet," Charlotte told us. "Basically, when I'm doing all of those celebrities — when you're on the red carpet — you always want a little bit of extra umph. Even if you're doing a natural makeup look on Alicia Vikander or a dramatic look on Penélope Cruz, the lashes are always still a thing. You always want that Hollywood flutter."

The special power of Charlotte's Legendary Lashes comes down to the applicator, which she's dubbed the "Multi-Bristle Flutter Brush." It's equipped with bristles of different lengths, which work to make sure that every single lash is coated in the product for maximum elongation and effect. When it came to perfecting the brush, Charlotte actually thought of herself.

"I've got the stumpiest lashes in the world," she said. "Not only are they blond, but they are also so fed up with me because I'm always like, 'Come on, girls!' and they're like: 'Ugh.' They're really short, and this mascara instantly grows them."

Legendary Lashes promises full, nighttime-ready lashes — but you have to apply it properly.

"You do two pumps — and that's it," Charlotte advised, referring to how one must dip the bush into the well. "You can literally do both eyelashes and go over and over your brush. I wouldn't do more than two pumps to get it absolutely perfect."