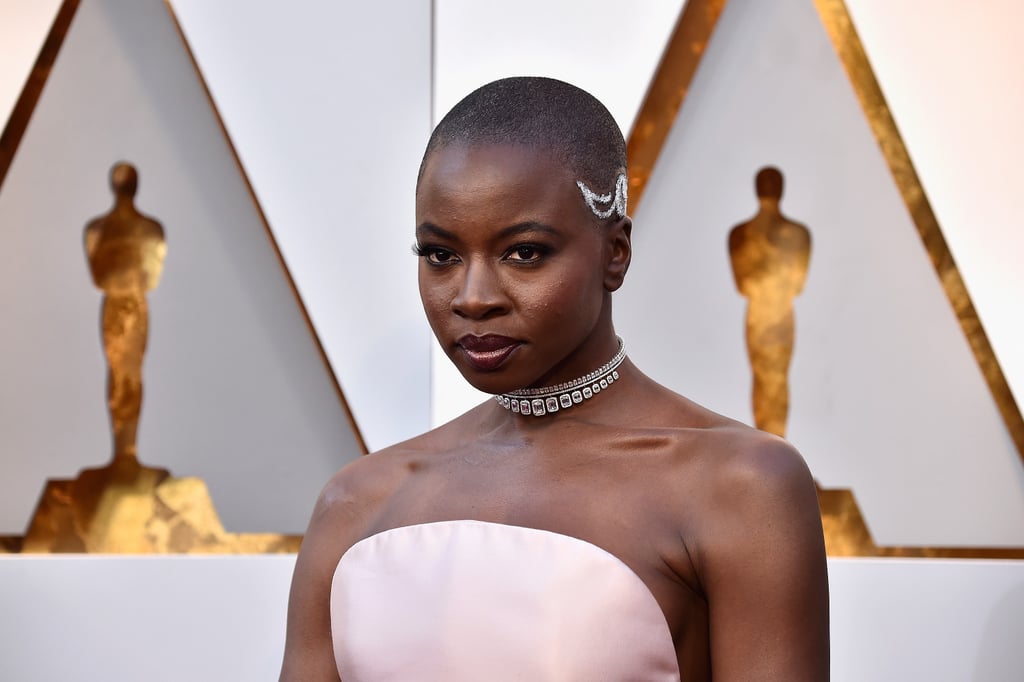 Okoye — Er, Danai Gurira — Had the Most Badass Hairstyle at the Oscars, Because Duh

We barely had enough time to regain our composure after seeing Danai Gurira utterly kick ass in Black Panther before the actress took our breath away yet again at the Oscars. The star attended the award show with her fellow Wakandans, Lupita Nyong'o and Winston Duke, and looked just as fierce as General Okoye, her character in the Marvel film.

Danai called attention to her close-cropped hair by adding metallic white coloring to the shaved detailing on the left side of her head. Honestly, it doesn't get much edgier than that, and we're living for her bold choice.

Danai, who wore a light-blush gown by Gabriela Hearst, finished her beauty look with a deep-rose lip color and smudged eyeliner. Ahead, admire her badass hairstyle from every angle, and you'll certainly understand why the entire internet is now obsessed with her.