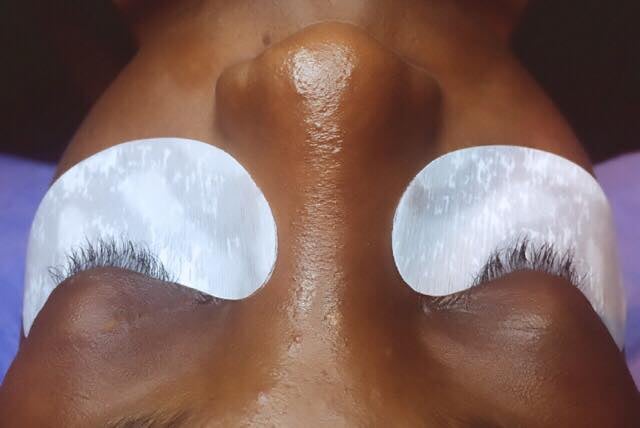 Eight years ago in London I tried eyelash extensions and I've never looked back. That's tens of thousands of dirhams from my pocket just to make the little strands of hair near my eyeballs look longer. While it's a complete waste of money to some people, for me, long lashes basically give me life and I would encourage every girly girl to invest if it will bring them as much joy as it does for me. But it's not all fun and games, there's not point in getting a set if you're not going to commit. It takes a lot of aftercare and planning to make sure they're maintained well otherwise you're better off sticking to some good mascara and fiddling around with glue and lash strips night after night. Before you do make a decision, here's the good bad and ugly about living full time with extensions.

Pro: It's as easy as falling asleep

Some people can't wait to get on a plane to shut themselves off from the world for hours, but my equivalent is squeezing in a nap on the lash technician's bed. I can't check my phone and my therapist Beth at Kalm Holistic Beauty on Dubai's Palm Jumeirah plays me soothing spa music. For about two hours I drift in and out of sleep and emerge looking my best. When else does that happen? People that ask me about getting lash extensions done seem to think it involves someone prodding around next my eyeball with a sharp tweezers but in reality it's as easy as getting some extra shut-eye. Now don't get me wrong, I have unfortunately come across a place in Dubai that left me in a room alone to allow lash remover to seep into my eye (which really burned) so make sure to go with a reputable salon that doesn't just offer lashes as an after thought. Kalm is trained by Lash Perfect, which is used all over the world.

I tried to give up wearing individual lashes last year but 'falsies' mascara just does not quite cut it and strip lashes are far too extravagant for the day time. But with lash extensions I get the versatility of going bare-faced during the day for a less dramatic look and whacking on the eye makeup in the evening for something more glamorous. The fact that I am the worst at gluing those spidery strips to my eyelids is also reason to love individual lashes. Besides, I've witness far too many falling off faces at the end of the night to want to deal with that hassle. One of the best things about wearing lash extensions is waking up and instantly feeling like you're half way there. So if you need to leave the house quickly, or have to greet an unexpected visitor, a quick comb through the tresses is all a girl needs to feel put together while flaunting lash extensions.

Pro: People can't figure them out

Well, they're at least in enough doubt to stare for an unreasonably long time before having to ask if they're real. Unlike strip lashes, even when my eyes are closed you can't see where they're attached. I've even had people try to comb their fingers over them while I sleep to try figuring the system out!

Pro: I become my best self

My friends like to joke that "Leah's back" whenever I get a lash fill. Although they're basically referring to my sassy side, they're right that my attitude changes (for the better, of course). I'm honestly so much more confident when I have my full set of lashes; I suppose it's like the reverse of getting a new haircut and feeling vulnerable at first. When my lashes are in the final hurdle of looking acceptable (usually week three) I joke that I feel bald. So when I get them topped up I feel made over and ready to face the world. 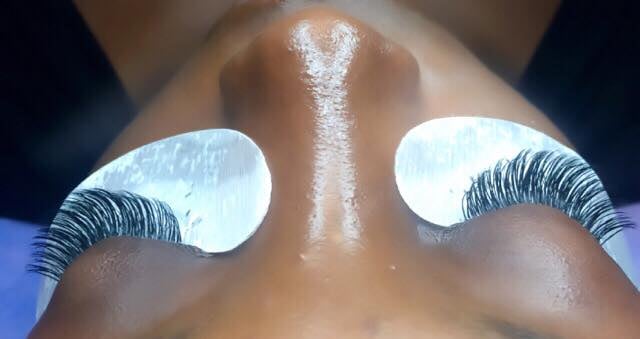 I tried to give up wearing lashes last year but mascara just does not quite cut it. So I've had to view my beauty allowance as something akin to buying groceries - lashes are just a necessity. A full set costs AED500 with a fill after one week at AED100 and two weeks AED200. But Russian style (up to five lashes per natural lash) will set you back AED600. Now it should last about a month until you really need to make a trip back to the salon so for those ready to judge me on the price point - a Dubai brunch rings up at a similar price and does not make you feel fabulous for four weeks. If you look at it like that, soft and light lash extensions are a bargain at Kalm. Yes you can get them elsewhere for Groupon prices but I've been there, done that and had the stiff scratchy lashes to show for it.

Living in Dubai can be a nightmare as far as keeping sand out of those areas they don't belong in. So you can imagine how that plays out with having extra long lashes… if you can't, let me enlighten you. Everything gets in between those little strands; eyeshadow, dust, stray cotton wool… with a good lash brush and a special soap they're quite easy to get out but even a breadcrumb is heavy and distracting when it's on the tip of your eyelid. Fingers aren't the best tools to encourage them out so you'll always need to have a dry lash wand handy.

The only reason I own swimming goggles is to wash my hair. Freshly-applied lashes are best kept away from steam and water for 24 hours and even after that point you should be careful. You can swim with them on and as long as they're applied well you should emerge from the sea looking like the Bond Girl you (imagine you) are. But I've lost a few lashes under the blasting shower head while reaching for the shampoo, so if you don't trust yourself to be careful, goggles on the bath are the way forward.

Like many things involving hair, there's nothing as annoying as that awkward in-between phase. Every two weeks is probably the ideal time to return for fills but some months you'll find there's barely any room to top up at that stage. Yet when you decide to wait for three weeks, it's just typical that they all start rapidly slipping away in the days leading up to the next appointment. So do you just ignore the rules and apply a multiple layers of mascara, wiping it off at the end of the day with oily product? If you can't sit it out until your next appointment then it might be best to ruin the lashes for one night only and start afresh.

At this stage you'll also find them everywhere. Whether it's onto your pillow or your desk at work, people who wear lash extensions have to get used to using subtle hand movements to get rid of the evidence while socializing. When your natural lash is at the end of its 30-day cycle you're far more likely to notice it's fallen onto your cheek when it's attached to a thicker and longer version.

Con: Those other lashes

I go for a striking 14mm length set but shy types should go for 10mm or 11mm so it's nearer the size of a natural lash. One downside after emerging from my glam cocoon though is it really highlights how short my lower lashes are. It's few and far between that salons are able to do bottom lash extensions too so prepare to see a huge difference between your upper flutter and bottom babies.