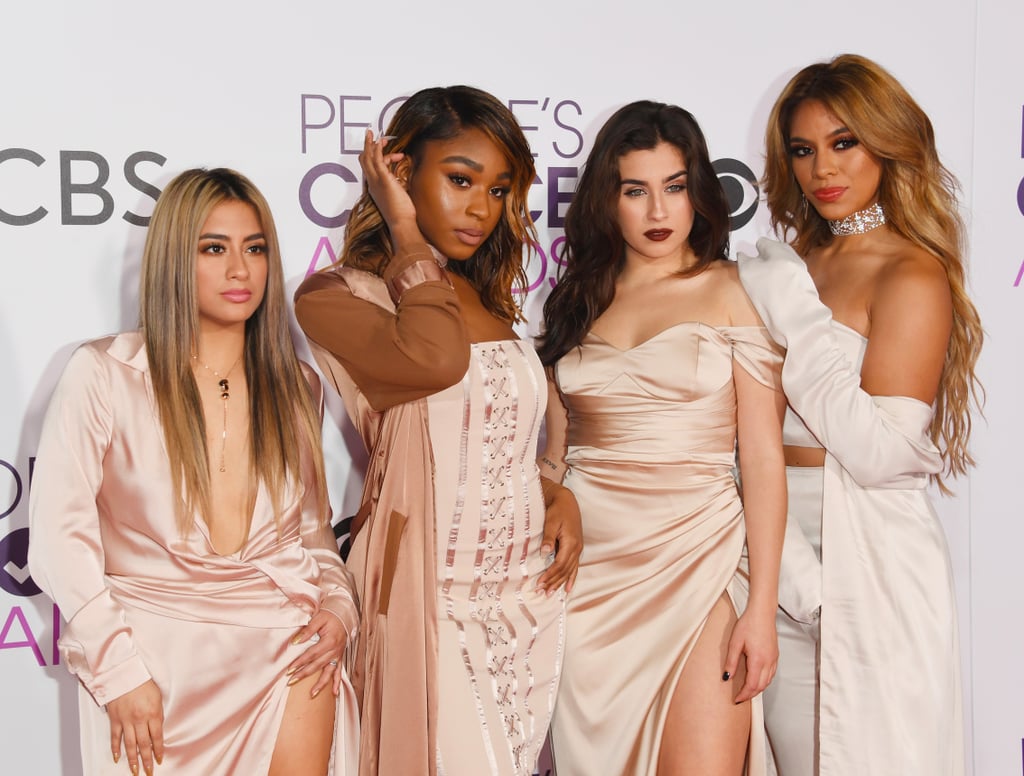 Though the Women of Fifth Harmony Have Different Beauty Styles, They All Love This 1 Product

Though we do miss seeing Camila Cabello among her former bandmates, we were immediately struck by the beauty of the women of Fifth Harmony at the 2017 People's Choice Awards. For their first red carpet appearance as a foursome, the ladies stepped out on the red carpet wearing significantly different beauty styles, but all rocked one special product.

Take a closer look! You can see that Ally Brooke wore an edgy combination of sunset eyes and a bubblegum-pink lip. Normani Kordei (who debuted a blond bob at the show) opted for a very trendy matte mauve lip and bold brow combo. Lauren Jauregui looked like a pin-up star with her sculpted waves, waterlined eyes, and moody lip, while Dinah Jane rocked a sultry smoky eye. The one aspect of their styles that they all had in common, however, was highlighter! All the singers wore a shimmery shade on their cheekbones and the bridges of their noses, making them all lit from within.

Stay tuned for details on their beauty looks, and get a better look at their glam when you read on.