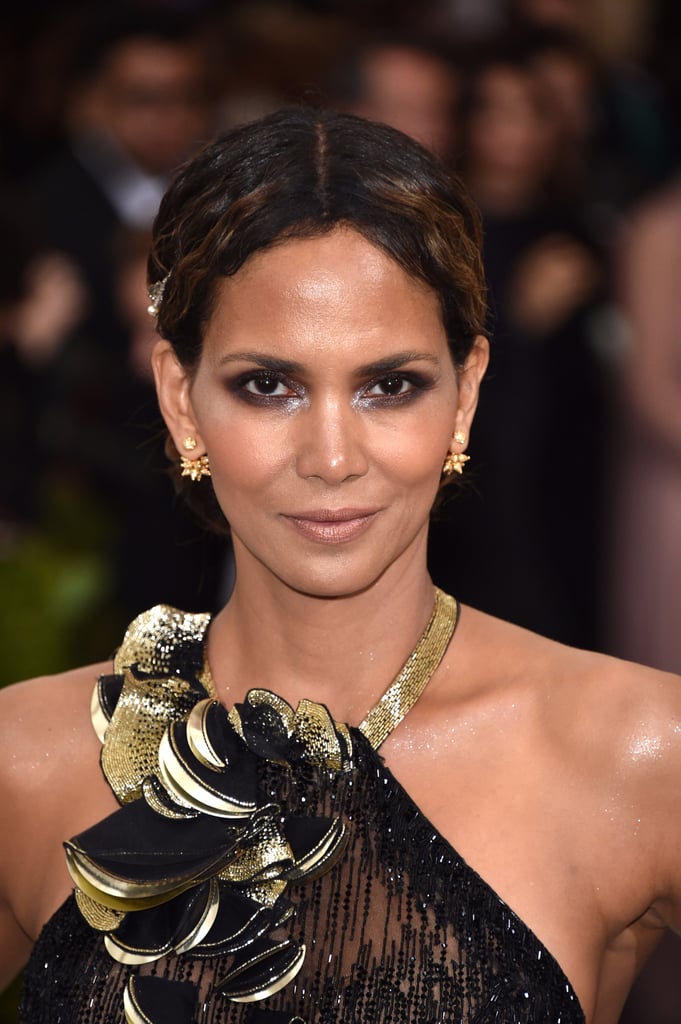 Many stars attempt to look like royalty at the Met Gala, but in our minds, last year's red carpet queen was Halle Berry. You may not have noticed, but the actress was wearing an actual crown!

Celebrity stylist Castillo flawlessly balanced elegance and opulence with a rolled ponytail bun. His inspiration came from the star's Versace gown. "At first, I wanted to do something pretty and down the back, but then realized I wanted to keep the look all about the dress," he told POPSUGAR via email. "I didn't want to take away from the elements that made this dress amazing, so I decided to pull the hair back and do an elegant low bun with a crown at the top."

After creating a center part on hair prepped with MarulaOil Rare Oil Style Extending Primer ($30), Castillo created loose and natural waves on Halle using a mix of Neuro hot tools, including two unclipped curling irons and the Smooth Iron. He then brushed hair into a low pony, backcombed it for volume, and rolled and pinned it up into a bun, topping it with a crown.

If you plan on DIYing this for your next major event, know that great texture is the key to the look. "That's really going to lend itself to create a shape that doesn't sit flat and add volume to the bun or chignon you're creating," explained Castillo. Read on to see the stunning style from all angles.