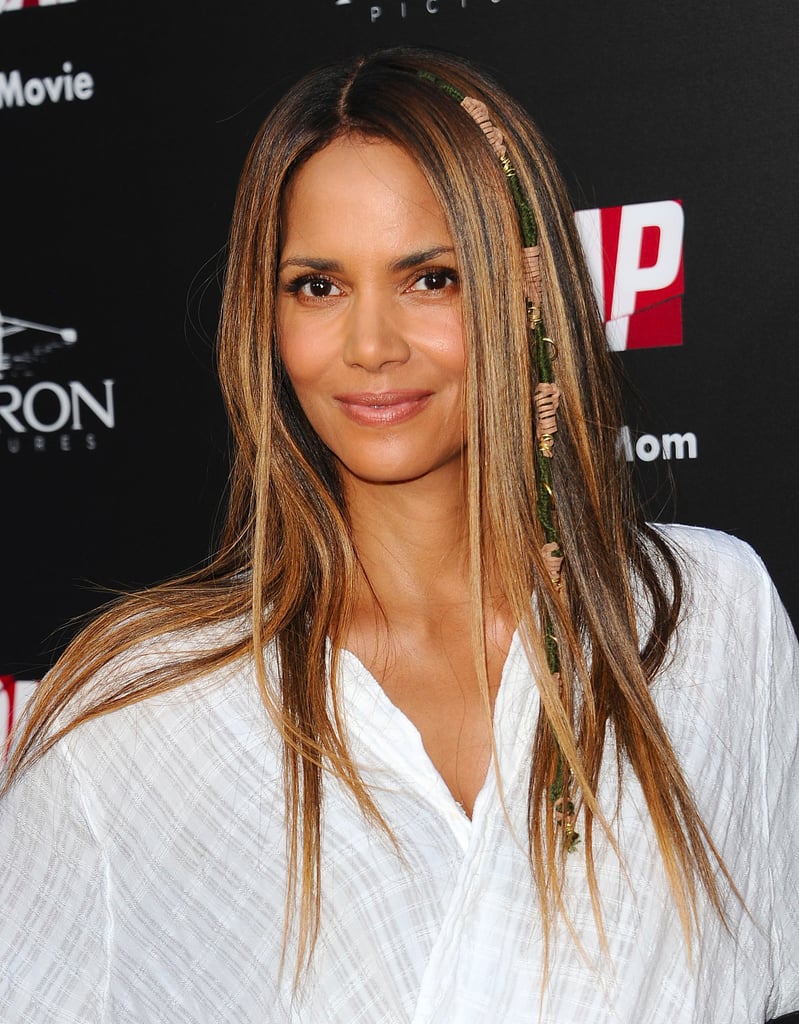 Anyone who went to camp in the '90s likely remembers trading oily stickers, playing hand games, and rocking hair wraps. For those who missed the decade, the latter is the act of wrapping colorful yarn around a section of your hair. You can buy a kit to DIY it on Etsy. Halle Berry just spoke to our nostalgic hearts by rocking a totally '90s hairstyle on the red carpet featuring this throwback look.

At the premiere of Kidnap in LA on July 31, Halle wore her hair sleek and center-parted — a trend we already called that is making a comeback. She took it one step further by accessorizing with hair wraps and rings. She added to the '90s-inspired moment with a slightly shimmery nude lip. Before Kylie Jenner influenced a generation to run out and buy neutral-hued lipsticks, it was a mainstream color from the decade.

To keep it style feeling 2017, she rocked subtly chic nail art. Her nail color was sheer, except for a geographic negative space design on her ring finger featuring black polish.

Read on to see Halle's style close up and from all angles!