One of my favorite parts of the 2016 election has been watching Kate McKinnon and Alec Baldwin play Hillary Clinton and Donald Trump on Saturday Night Live. Whether they were making me crack up over Hillary avoiding the email scam or Trump yelling out "bad hombres ombres!", it's been an entertaining season. And as a beauty junkie, I also watched and wondered how the hair and makeup teams so skillfully transformed Kate and Alec to look just like the political candidates.

This video takes us behind the scenes at SNL with the head of makeup, Louie Zakarian (who has worked there since 1995!), and the lead of the hair department, Jodi Mancuso. We learn some of the secrets that go into making these characters visibly come to life. Zakarian admitted that high-profile politicians are some of the most challenging makeovers to pull off.

"Alec [Baldwin] really wanted to go over the top; he wanted crazy huge eyebrows . . . huge, arching, over the top. He wanted to be painted orange, like bright orange," Zakarian said.

But when it came to his hair, Mancuso did not go as, um, huge. "The less hair, the better in that wig," she noted. "It just looks more real. He probably does his hair in five minutes, and it took me a whole day to get it."

She revealed that she can spend two days creating a wig for the show. She said, "It takes probably, on the fast end, 50 hours to build a wig and hopefully have it ready by Saturday."

The most difficult part of crafting Kate's Hillary wig was keeping it proportional. "Kate, she's petite, so everything looks huge on her," Mancuso said. "Hillary has a lot of hair, but I have to think about it, like, take it down like a whole scale of tiny. [So] when it goes on Kate, it seems [like] the right shape."

Because Kate is often in another sketch five minutes after the first monologue, the beauty team is challenged to make sure she can do a quick change after the opener. Zakarian said they can't do anything too crazy with her look for this reason. For example, when Amy Poehler played Hillary she rocked a nose bulb to make her features more similar to Mrs. Clinton's.

"We kind of just evolved into getting her look — the lipstick colors, shaping her eyebrows to match kind of the way Hillary's eyebrows look," he explained. 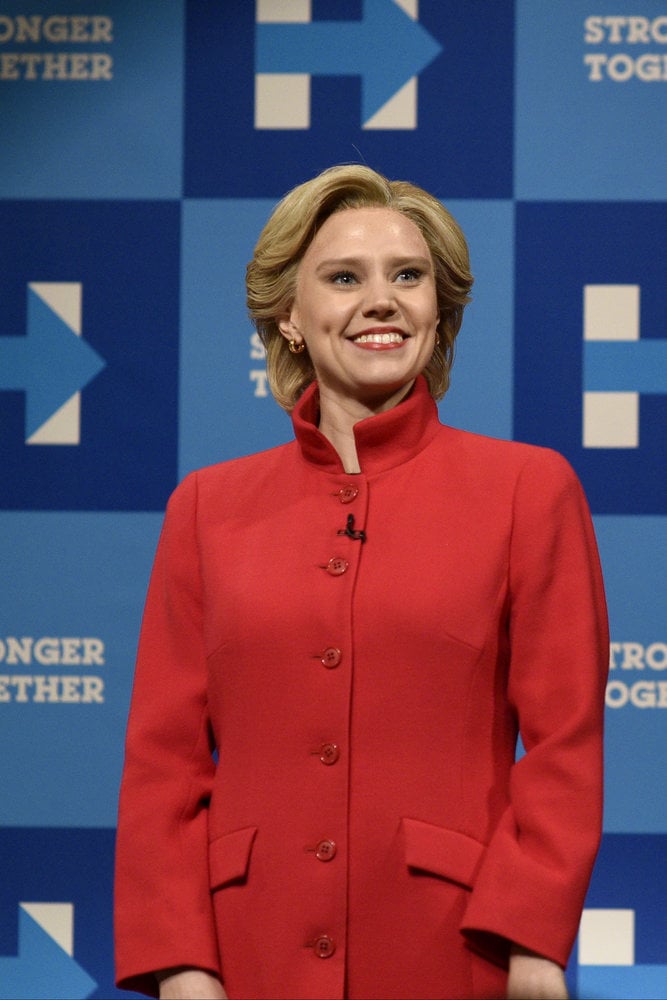 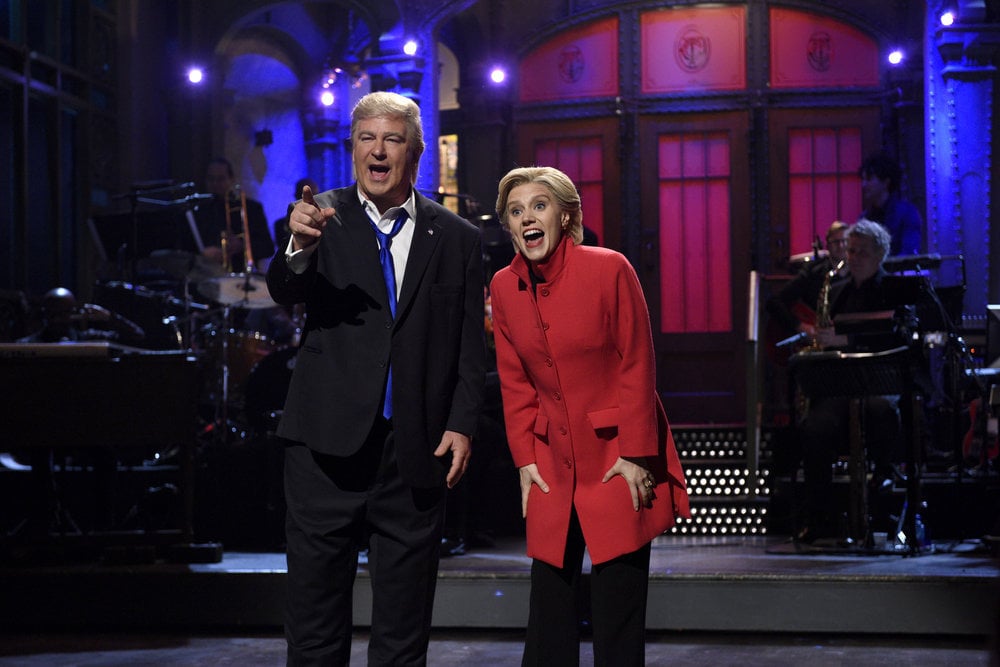