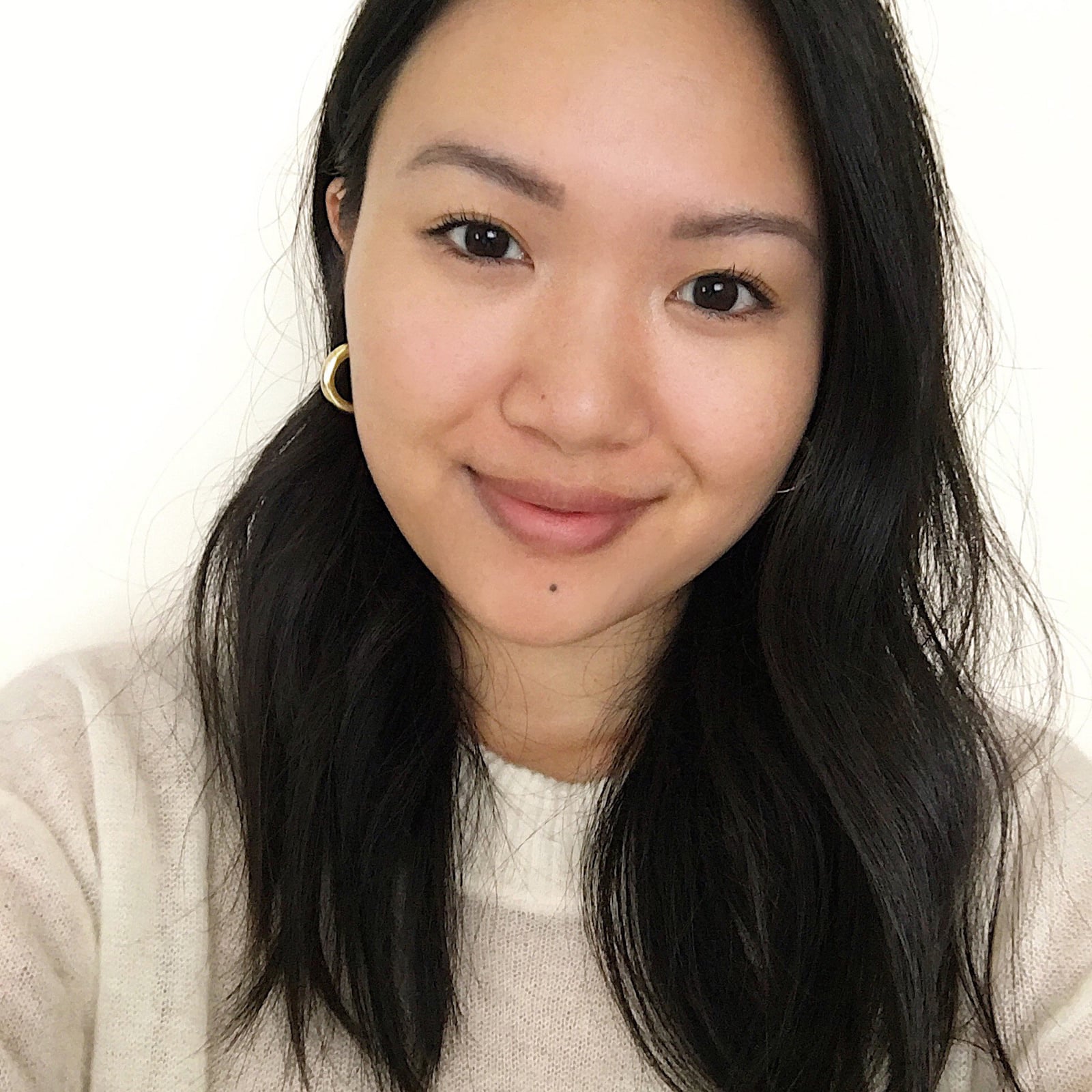 Up until a year ago, I had been wearing the same drugstore mascara that I discovered in high school. I purchased tube after tube for over a decade, trusting the formula to make my stick-straight Asian eyelashes look long, thick, and most importantly, dramatically curled. Accompanied by a good dose of eyeliner along my top and bottom lash line, the mascara looked fantastic. I had no complaints.

But when I hit my mid-20s, my approach to makeup shifted — I grew more comfortable and confident in my own skin and started to appreciate a less-is-more beauty look. As someone who previously balked at the thought of leaving the house without wearing a full face of makeup, I found myself going out more and more frequently with just my lashes and eyebrows done. And I soon discovered that without the buffer of eyeliner, my previously trusty mascara would end up tragically transferred onto my lower lash line (where I would normally apply eyeliner) by the end of the day.

Disappointed, I set out to find a new everyday mascara — one that would still hold an aggressive curl, minus the raccoon eyes. Little did I know, it was a process, and one I wasn't exactly prepared for. One year and ten tubes of mascara later, I still haven't discovered a worthy replacement, but I have discovered some eye-opening (literally) things along the way.

If you're on the hunt for your own forever mascara, learn from my mistakes and read on for seven tips I picked up that'll help make your search easier than mine. 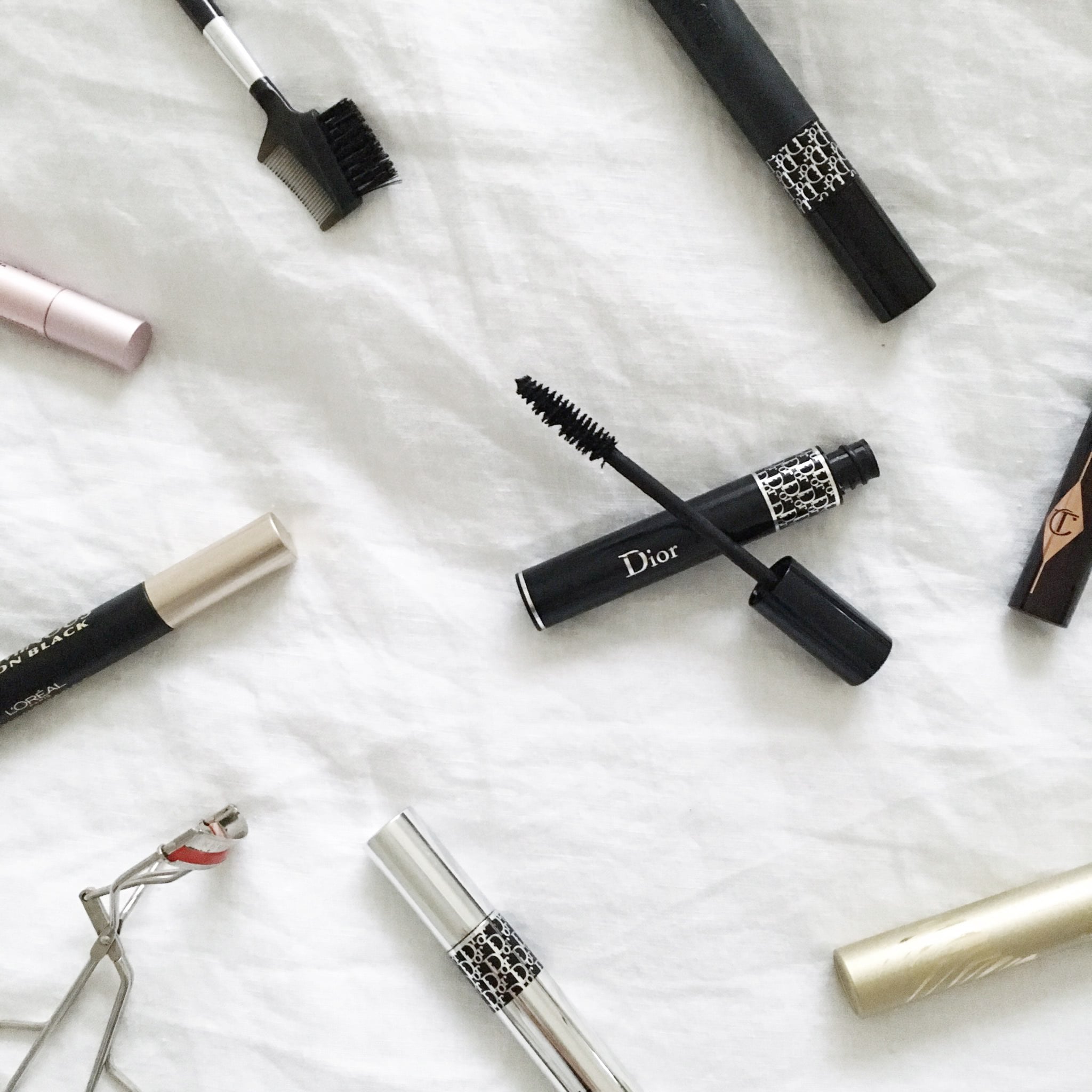 1. Take product reviews, testimonials, and suggestions from others with a grain of salt

Nothing will derail a meeting faster than telling a conference room full of beauty editors that you're looking for a new mascara. As soon as I casually mentioned it to my colleagues here at POPSUGAR, the suggestions came pouring in. And with plenty of impressive before-and-after photos to go off of, I had a running start.

But after trying the third tube that came highly recommended, I realized that what was working for my fellow mascara lovers was definitely not working for me and I couldn't rely solely on word-of-mouth, popularity, or photos, no matter how jaw-dropping. Now, I do my own extensive research on a potential brand and product and remind myself to give every product a fair chance, whether or not it's been highly touted by others.


2. Don't write off a mascara after the first try

Whether it's the way you wield the wand, the passing of time, or even the formula's exposure to air, your second experience with a mascara can differ drastically from the first. When I first applied a popular mascara, I found that the formula weighed down my lashes and deflated the curl. A few weeks later, I decided to give the same mascara another try, and was pleasantly surprised to see that somehow the formula held a curl much better the second time around. With every new tube, I now make a point to apply the product on at least three different occasions before formulating a definitive opinion on it.

3. Standard and waterproof formulas are different, even for the same mascara

The name and packaging may be the same (save for a small "waterproof" label), but that doesn't mean the formulas are. After interrogating my sister on how her lashes always look so amazing, she suggested I use her go-to mascara. After trying a tube for myself, I was disappointed to discover that what delivered long and thick lashes with an impressive curl on her fell completely flat on me.

The one small, but significant, detail? She uses the waterproof version. Sure enough, after swapping my standard formula for the waterproof one, my lashes held a curl for longer. If you think about it, standard mascara formulas need to be chemically altered to withstand water, so there's a high chance they're developed differently — which means they'll most likely interact with your lashes differently as a result.

4. Ensure everything else in your makeup routine stays consistent

Don't follow my lead and start experimenting with a new liquid liner at the same time that you're experimenting with a new mascara. Since your lashes can be affected by everything from the eyelash curler you use to the order in which you apply your products, you'll want to keep the makeup you're wearing around your eyes the same in order to quickly determine whether the mascara is right for you.

5. A coat is not created equal across mascaras

With my previous drugstore go-to, I was used to swiping on coat after coat after coat in rapid succession to achieve the mega volume I liked. Once I started wielding different wands, it quickly became clear that I needed to change up my application technique depending on the mascara. Sometimes all I needed was one lighthanded coat, while other times, the mascara called for three coats (along with drying time between each) to achieve the same effect.

6. Don't assume mascara will look the same once it dries

You'd think that the eyelashes you see in the mirror directly after applying mascara would be the same eyelashes you see an hour later, right? Not necessarily. After applying a new mascara for the first time, I was happy with the results. But a mere few moments later, I glanced in the mirror and was disappointed to discover my curl had completely deflated as the formula had dried.

7. It takes a lot of time, money, and patience

Patience is really the key word for me here. I'm not one to let beauty products go to waste, so over the course of the year, I found myself trying to finish a tube of mascara before moving on to the next one, even if I didn't love it (or even like it). But that just means that once I finally discover The One, I know I'll appreciate it that much more. After all, confidence-boosting lashes are worth it!