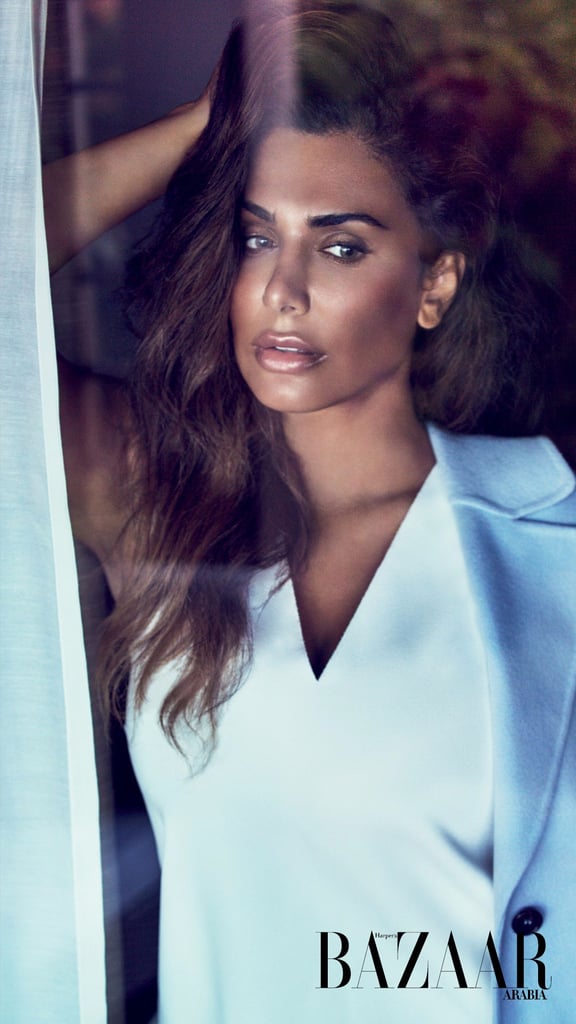 After reading beauty entrepreneur Huda Kattan's interview in Harper's Bazaar Arabia, we're even more obsessed with her than ever. As the cover star for the magazine's October 2016 issue, the makeup-artist-and-blogger-turned-business-owner spoke candidly about her life, discussing everything from her professional aspirations and facial fillers to religion and miscarriage.

Whether you are a devoted follower of her Instagram feed or have just become a fan through her lust-worthy longwear liquid lipsticks, read on. In addition to some stunning photographs from the spread, we've distilled 14 interesting facts from her profile that you likely didn't know. We're positive that you'll be absolutely inspired by her success (we were!). Then visit Harper's Bazaar Arabia to read the interview in full.

Huda was born in the United States.

Despite her enormous presence in the Middle East, she is from Tennessee by way of Oklahoma. She moved to Dubai in 2008.

Being the family "ugly duckling" made Huda obsessed with beauty.

Her baby sister Mona was always considered the "pageant princess" of the family, while their mother told Huda that she was "not the cutest." While she appreciates the honesty now, she considers this to be the reason she has always been so fascinated by beauty.

Until that moment in 2009, she had been working in finance. Huda was inspired by Jackson's passion for his work — and how he changed the world — she moved on to become a makeup artist and blogger.

She started her brand in 2012 with her sisters' help.

Alya and Mona Kattan joined Huda's start-up and helped her achieve her vision, which was first to create and distribute false eyelashes at Sephora in The Dubai Mall. This goal was reached in early 2013.

Her brand came to Sephora in the United States in 2015.

She only posted two last year, explaining that "you don't make as much money, but long term you can make substantially more money because ultimately people will trust you."

She wants to be the Mark Zuckerberg or Oprah of the beauty industry.

Huda finds it hard to strike the perfect work-life balance.

The entrepreneur has a 5-year-old daughter (Nour) and feels intense remorse when she's not with her. "I grew up with my mom being at home, so I always feel this sense of guilt. Every single day my daughter's like, 'Please stay home today,' and it's really hard."

She's gotten work done, and she isn't ashamed to admit it.

Two years ago Huda underwent a very subtle nose job. "It was shortened a bit, my nose was twisted on the end and he did get rid of my hump, it's the Arab hump," she said of her plastic surgery. She also freely admitted to getting Botox and fillers in Los Angeles but looks to vitamins and red-light therapy for noninvasive antiaging results.

Huda is a practicing Muslim.

Though she faces judgment from fans for her decision to not cover, or wear hijab, she prays five times daily and hasn't missed a single prayer since she started in 2003.

Her inspiration is Sheikh Mohammed.

"He's a boss," Huda said of the vice president and prime minister of the United Arab Emirates. "What he's done to Dubai is what I want to do to beauty."