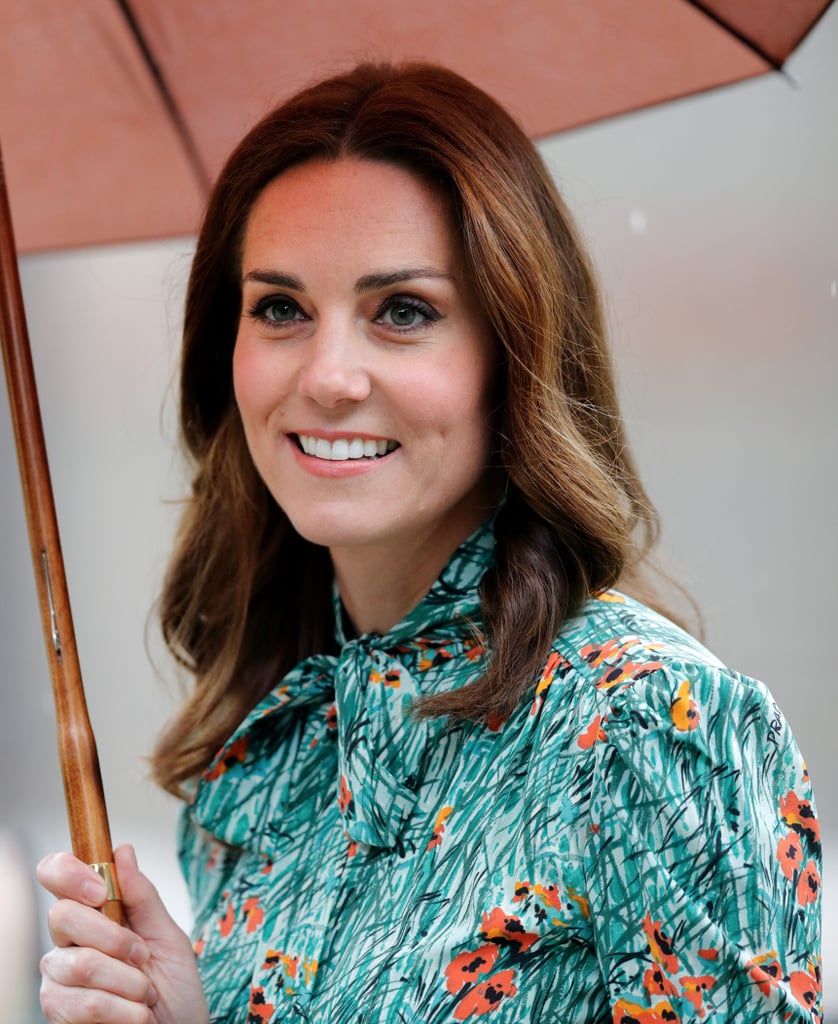 An eagle-eyed political reporter for the U.K.'s Evening Standard, Kate Proctor, has tweeted a "conspiracy" about Kate Middleton's hair that actually sounds plausible. According to the writer, the Duchess has a habit of switching up her strands right before she announces a pregnancy — possibly to avoid the media from scooping the news before she officially announces. She's sneakily done this for every single one of her three children. Well played, Duchess Kate.

Pattern is Duchess of Cambridge changes her hairstyle, people concentrate on her head, then announces pregnancy. My gfs called this wks ago!

Perhaps this is an effort to distract the press from her prenatal silhouette, as Kate Proctor puts it, or maybe it's just because she likes to experiment. Either way, this is one conspiracy we can actually believe. If you're still skeptical, don't worry, we come armed with facts — and photos. Join us on this very important piece of investigative journalism, will you?