We hate to say this, but when it comes to Kylie Jenner and cosmetic surgery rumors, it's difficult to know what the truth really is. A few years ago she initially denied getting lip injections, claiming her voluptuous pout was created from makeup, and then later confirmed she did take a needle to her pucker.

That said, we like to give people the benefit of the doubt. So lets assume that is the case when it comes to a video Kylie shot for her app (featuring her friend, Stas), claiming she did not get cheek and jaw reconstruction surgery, a nose job, butt implants, or breast implants. She also addresses the speculation that Kylie Cosmetics and Colourpop are the same thing. You can watch a tease of the interview above, and read our favorite responses below.

Did you get cheek and jaw reconstruction surgery?
Kylie Jenner: No, I didn't. People started saying that rumor when I was like 16. You think Kris Jenner would really, at 16 years old, let me get cheek and jaw reconstructive surgery Nah…I always used to love my jaw. I never was self-conscious about my jaw but before I got my lips done, my lips were very tiny and they were more like [presses her lips together to make them appear thinner] sunken in, so my chin [seemed more pronounced].

Someone made a meme of me on the internet that I was the Crimson Chin. And me and Stas have been laughing about this until now. It's been like six years. We still think it's the funniest thing…my chin like comes out. But now that I have big-ass lips…["it looks normal," said Stas.]

Did you get breast implants?
"They're not big." Stas compliments Kylie's breasts perfect shape, and Kylie blushes and shrugs. "I know why ruin it?" she echoes. "I've thought about it, but like why ruin it? I have really good boobs naturally and they're like a cute little size. I'm not against it, but right now it's a no for me.

Did you get butt implants?
KJ: No ass implants. I used to be 120 [pound at age 16]. Now I'm pushing 136, but it's alright, I like the chunkiness. Plus, like, it's good to know your angles. Always know your angles. I don't think I really have the fattest ass, but I know my angles.

Are Kylie Cosmetics and Colourpop the same company?
KJ: Colourpop and I are not the same, not the same formula. I have an exclusive formula that. I created myself and well, all my formulas. We have the same manufacturer, along with like so many other brands. Huge brands that you guys all wear, too. Just like those brands aren't Colourpop is exactly how my brand is. I'm not Colourpop. But I really love Colourpop. I do."

Did you sleep with Scott Disick?
KJ: That's disgusting. OMG. Don't ever ask me anything like that ever again!

Are you pregnant?
KJ: I'm not pregnant. Never was [high fives Stas].

Related stories:
17 Halloween Costumes That Are Really Just an Excuse to Wear Your Kylie Lip Kit
Kylie Jenner's New Hair Proves That the Rose Gold Trend Is Here to Stay
This Is What Kylie Lip Kit Colors Look Like on All Skin Tones 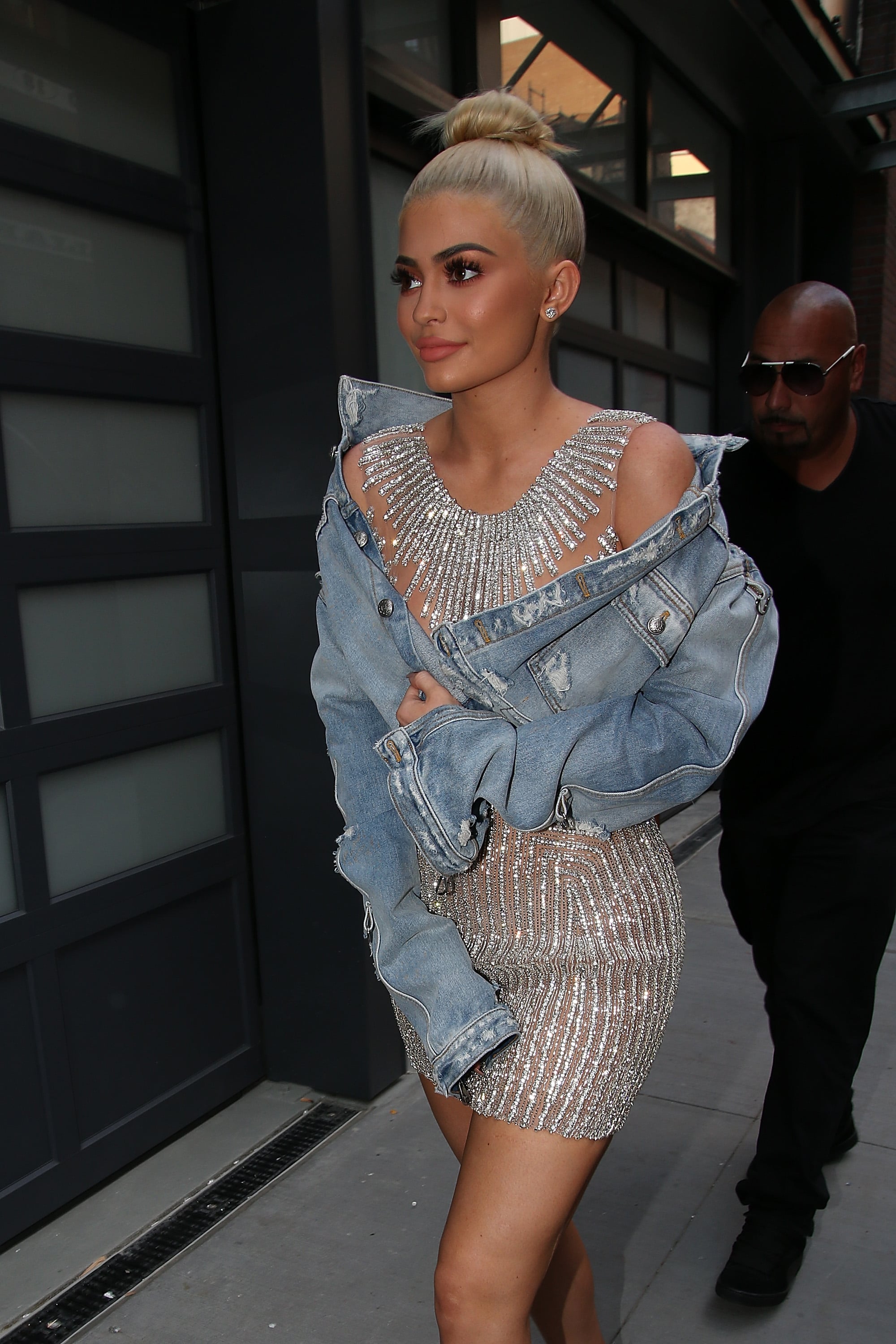