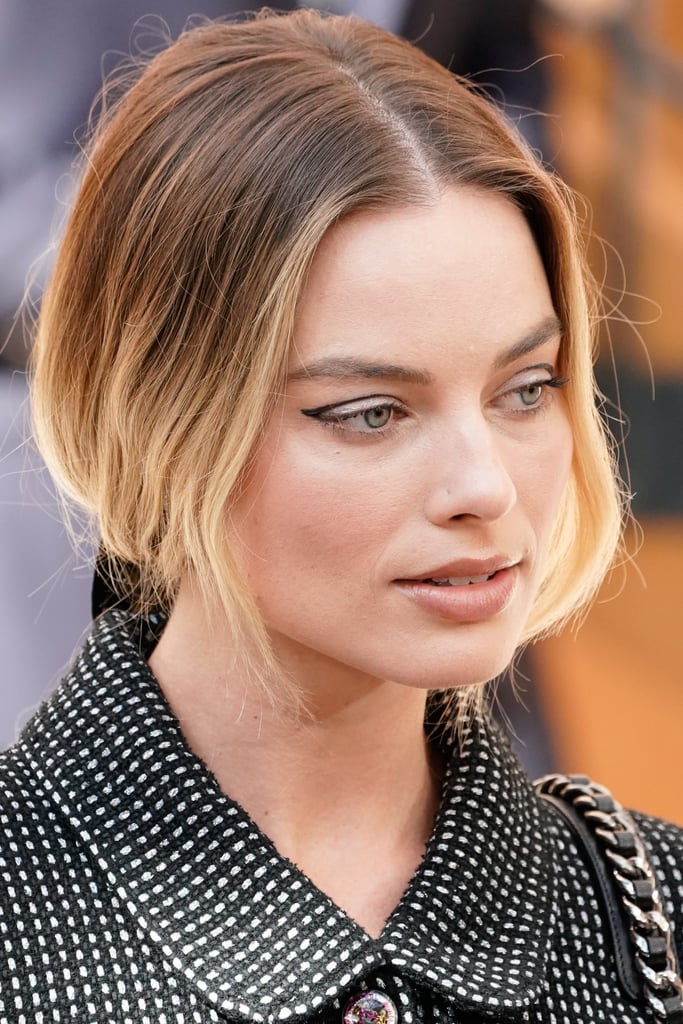 Margot Robbie is taking inspiration from one icon these days. Ahead of the release of Once Upon a Time in Hollywood on July 26, the actress has continued to pay tribute to Sharon Tate, whom she portrays in the '60s-set film. The latest example comes from the Chanel show during Paris Haute Couture Fashion Week, which Robbie attended wearing negative-space eyeliner reminiscent of the "floating" eye makeup Tate actually helped popularize, along with other It girls like Edie Sedgwick and Twiggy.

Robbie's retro makeup was done by her go-to artist Pati Dubroff, who balanced out the graphic cat eye with nude lipstick and subtle rosy cheeks. Though she's a beauty trendsetter in her own right, it's touching to see Robbie pay homage to the late actress. See photos of the look ahead, as well as the original inspiration.