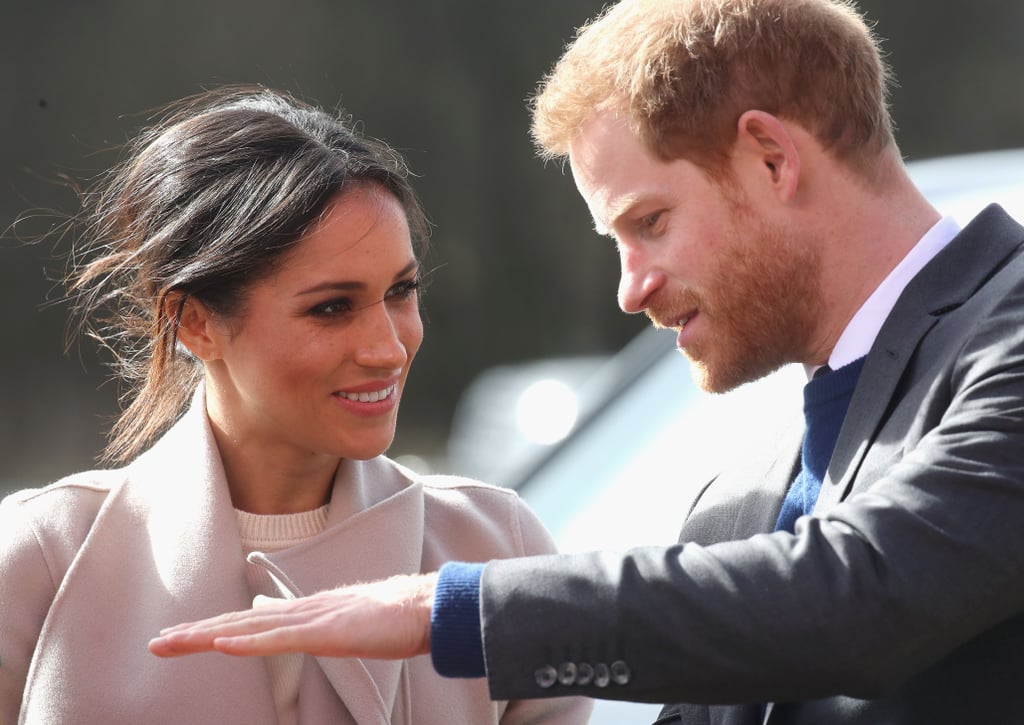 Guys, Meghan Markle is the chillest royal-to-be, and we're so here for it. When the now-former actress took a trip to Northern Ireland with her future husband, Prince Harry, she casually rewore the same cream sweater she donned for her engagement photos and sported yet another effortless, undone bun.

Her tousled updo, technically referred to as a chignon (a fancy French word for a coiled style arranged at the nape of the neck), featured a center part and piecey strands that framed her face. It's sort of like that hairstyle you throw together when you're running late for work on a Monday, and we're obsessed.

This isn't the first time Meghan has put a messy updo on display during an official royal appearance. In fact, she did so not once but twice in January. These elegantly windblown looks are quite contrary to Kate Middleton's permanently blown-out hair, which just further proves how Meghan isn't afraid to do things her own way.

The rest of Meghan's beauty look in Northern Ireland was gorgeous, per usual, as she swiped on a light pink lip color, rosy blush, and smudged eyeliner. Read on to see her royally perfect hair and makeup from all angles, and then scope out all the details about her chic outfit. Catch me copying this messy bun in 3, 2, 1 . . .