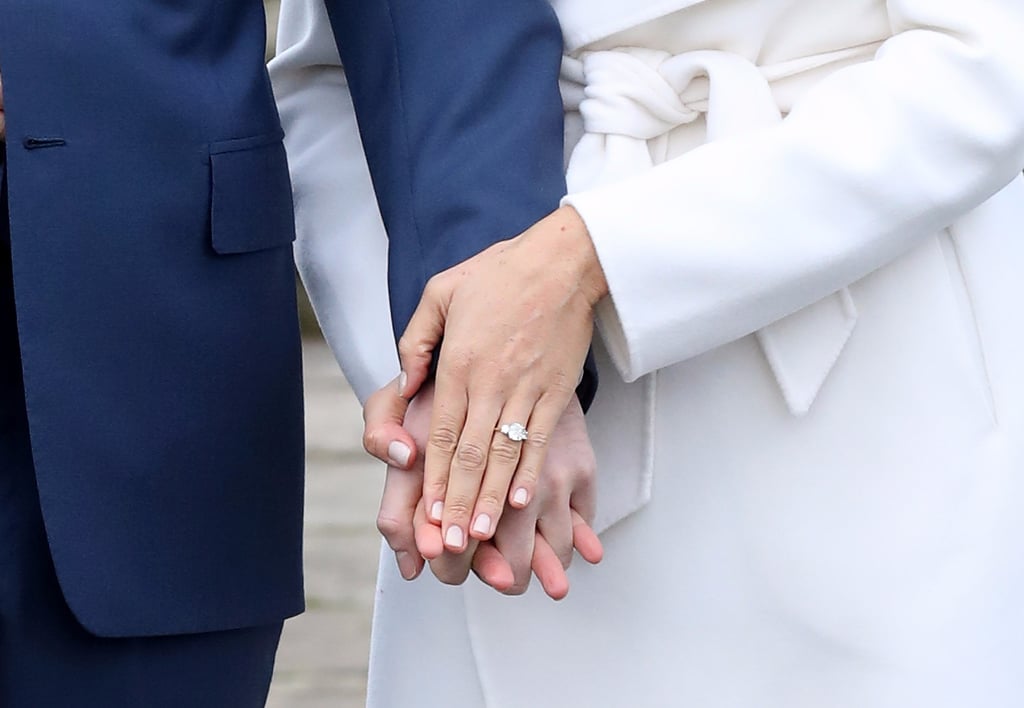 Meghan Markle's Nails Already Have the Royal Stamp of Approval

There's a lot of protocol that needs to be followed by members of the royal family, which is set to include Meghan Markle following the announcement of her engagement to Prince Harry. Becoming part of the royal family is a full-time role that comes with plenty of rules, including, allegedly, what color of nail polish is considered acceptable. We recently learned that the Duchess of Cambridge only ever wears a natural nail color, and we also know that Queen Elizabeth II has been wearing the same pale pink Essie natural shade for 29 years!

Now Meghan seems to be following suit, as she was seen showing off her gorgeous engagement ring (which Harry adorably designed himself!) with a manicure that featured a light pink polish and a short nail length. The soft hue let the ring take the spotlight, complementing her skin tone and sophisticated outfit. Take a closer look, and then shop some of your own royal-approved hues.