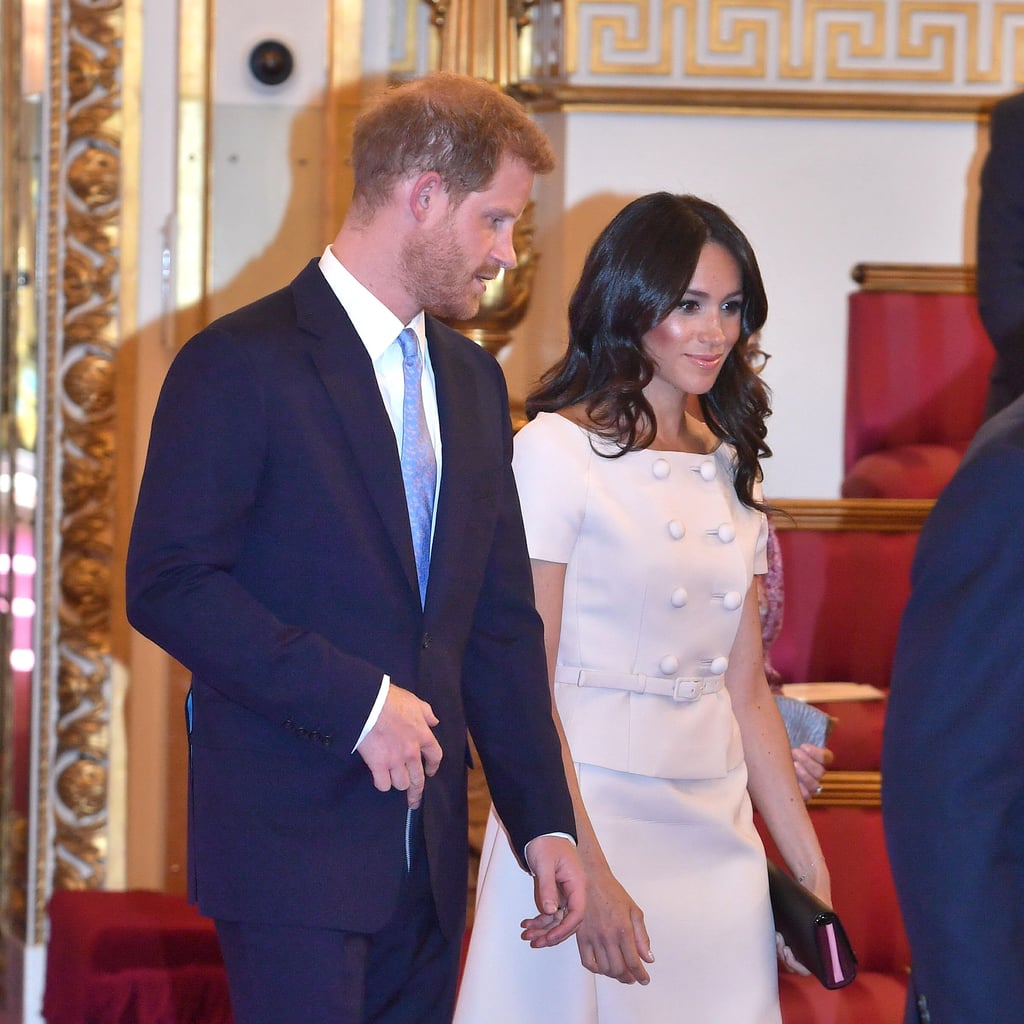 We've learned so much about Meghan Markle's favorite beauty products that we could probably teach a college course on her picks. From her go-to $9 mascara to a "cure-all" beauty oil, the duchess knows what she likes. But up until now, there has been one item that you don't often see her wear during royal engagements: highlighter. The former actress just changed that while hosting a ceremony honoring youth leadership — and it kept her decidedly '60s look super modern.

Though the double-breasted blush dress and peekaboo black pumps she wore for the occasion gave off major Jackie O vibes, the duchess kept things trendy by swiping on an iridescent highlighter. In the right light, it almost looked purple, à la Fenty's Unicorn Match Stix, but that is most likely due to glare from camera flashes. Even still, the look was pretty edgy, especially since we often see royals go a more subdued, matte route when it comes to cheekbone color.

During her Suits days, Markle told Delish that she credited switching to a gluten-free diet and munching on almonds as the secret to making her skin "glow." While her shining complexion in the images ahead is definitely the work of a luminizer, we suspect her lifestyle helps a bit too. (As does being in love with a prince, probably.)