He has transformed the tresses of Kate Middleton, Lady Gaga, Jennifer Lawrence, and Salma Hayek among others, and now Rossano Ferretti could be getting his hands on your mane if you're lucky. The celebrity hairdresser who is famous for his 'The Method' technique, is opening two salons in the UAE and it looks like they're going to be insanely sleek (see the gallery above).

It's no surprise he has opted for such stunning interiors, he's said to have the most expensive haircut in the world (although he wouldn't reveal his exact charges when POPSUGAR Middle East spoke to him, it's rumored to be around $1,500). Even though he stopped hairdressing a long time ago, Rossano has trained staff to replicate his technique, which is inspired by the way the hair naturally falls, and his employees can offer you a much more inexpensive deal.

Depending on the length of your hair, 'The Method' could set you back between AED450 and AED650 in the Dubai (Villa 306, Jumeirah Beach Road) location or Abu Dhabi (Al Karamah Street) salon.

And there's no harm in hoping that you'll bump into Rossano and score yourself a free haircut while you're there. While he's more on the business side of his salons around the globe (including LA, New York and London) he told us that occasionally he feels inspired to offer fans a complimentary cut by yours truly.

We'll be keeping our fingers crossed! 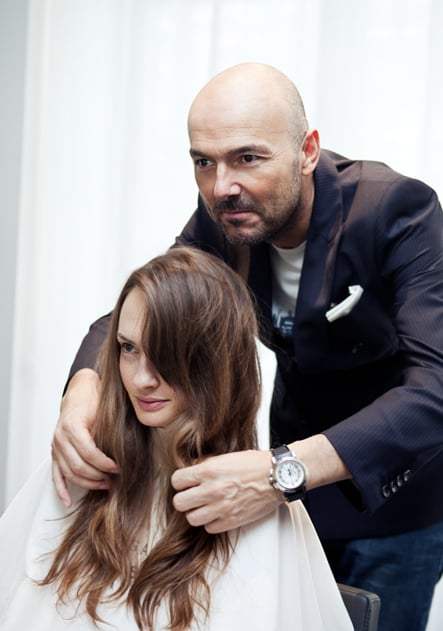