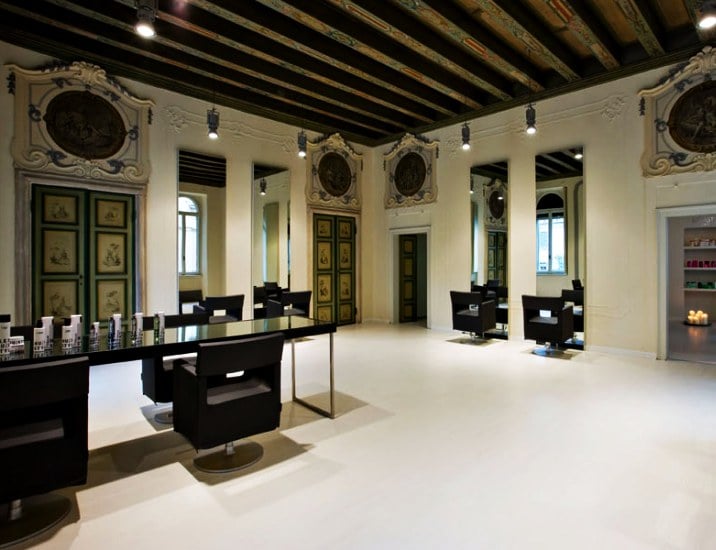 Middle Eastern women spend a lot of their time traveling to new and exotic locations. Whether they are visiting Los Angeles with friends, or stopping in London for a couple of days before jet-setting to their final destination, one of the few things they are sure to do during their escapades—other than shop—is hit up a salon for a chic, on-trend haircut.

Fortunately, ladies will no longer have to cross the pond to get an internationally acclaimed salon fix. Celebrity hairstylist Rossano Ferretti, the creator of "the method"—otherwise known as the world's most expensive haircut—is set to launch two new salons in the UAE next month. The Italian-born hairstylist has founded salons in over 20 major cities—Rome, Paris, New York, and London—and is now set to expand to Dubai and Abu Dhabi. Speaking in an exclusive interview with Style.com/Arabia in January, Ferretti revealed that his next salon could be in Doha.

Unlike most hairstylists' salons, which are located in refurbished historical spaces, the Dubai and Abu Dhabi salons will be located in luxury villas to ensure the privacy and security of the Middle Eastern clientele.

"The method" is a trompe l'oeil technique based on the natural fall of the hair, and is a favorite among the likes of Kate Moss, Salma Hayek, Lady Gaga, and Kate Middleton.