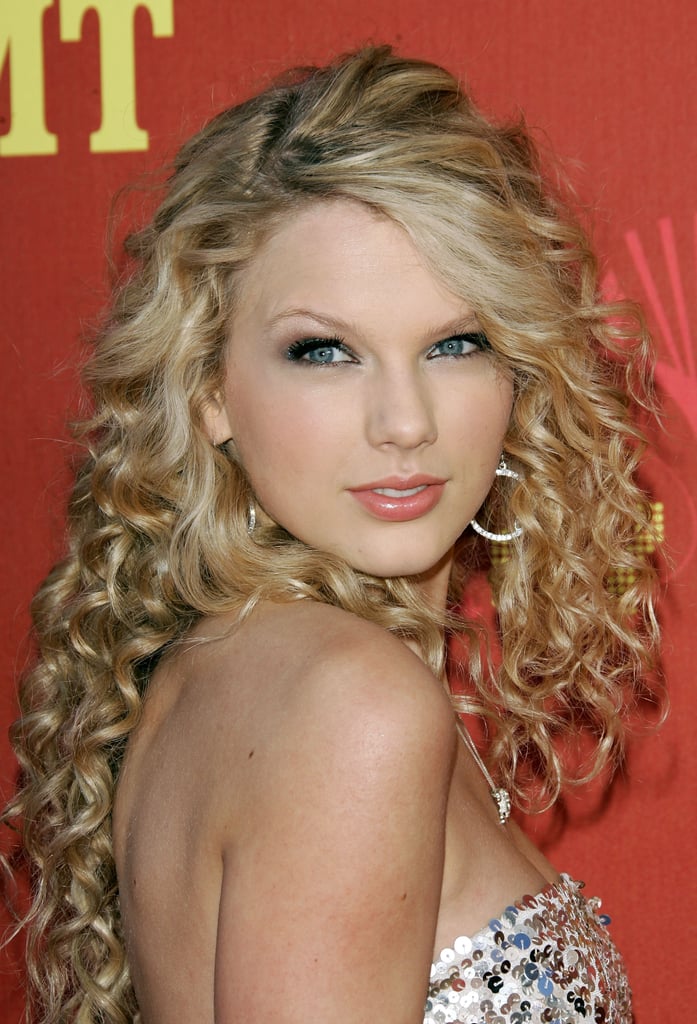 It appears that Taylor Swift and her natural curls are getting back together! We haven't seen Taylor with her God-given tight spirals since 2011. Slowly through the years, her hair got blonder, texture smoother, and cut shaggier (with the addition of bangs). So when Taylor attended a party in the Hamptons over the weekend, rocking her now iconic lob styled with tight curls, her fan base exploded with feelings and theories. (She also performed the song "Dilemma" with Nelly,singing Kelly Rowland's part.)

Some believe there is a deeper meaning behind the curly hair. The conspiracy theory is that Taylor is giving us a clue that she will soon be returning to her country roots (literally, figuratively) and put out an album themed around the genre. After all, Taylor is a calculated person, often changing her style based on what is happening in her who has entered it has entered it. We also want to throw out the option that it might have been a humid night (New York temperatures have been averaging in the 90s), and Taylor didn't want to deal with wilted straight strands. Time will only tell! Keep reading to see images of her curls in 2016 and also back in the earlier aughts.