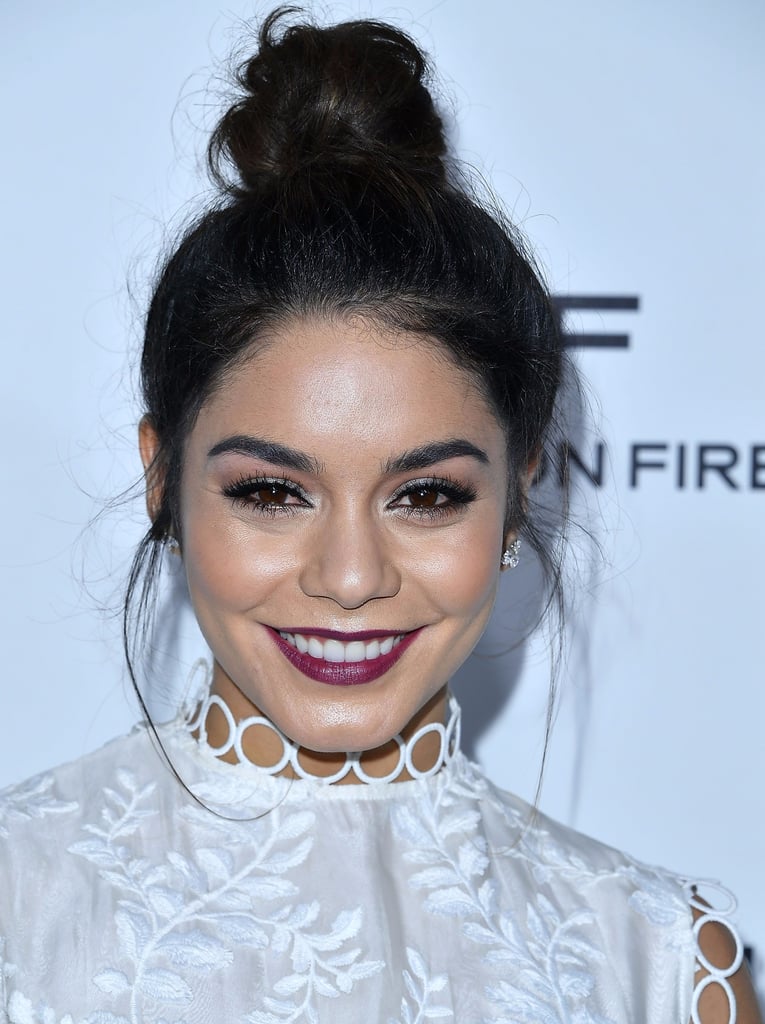 Vanessa Hudgens attended the 2016 Elle Women in Hollywood event rocking our dream rehearsal-dinner look: a tiered white lace dress with an effortlessly cool topknot. The bun had all of the cool-girl elements: wisps around her face and texture. But what made it so standout was that there were three braids going up the back to lead into the twist.

Celebrity stylist Riawna Capri of Nine Zero One salon in LA created the look. She broke it down: "First section out all the hair in front of the ear out of the way. Used a little R+Co Tinsel Smoothing Oil on the hair that was left out to give it some shine and created three inverted French braids starting from her nape and moving your way up towards the top of her head. Tie them with an elastic to keep them in place. Grab all remaining hair and combine it into a pony tail. Use a little Unite Texturiza Spray on the pony tail, section into two and lightly back comb to give it some texture. Twist and pin those two sections to form a messy bun. To get a more effortless look gently pull out some strand by the hairline. Locked the style into place with R+Co Vicious Strong Hold Hairspray."