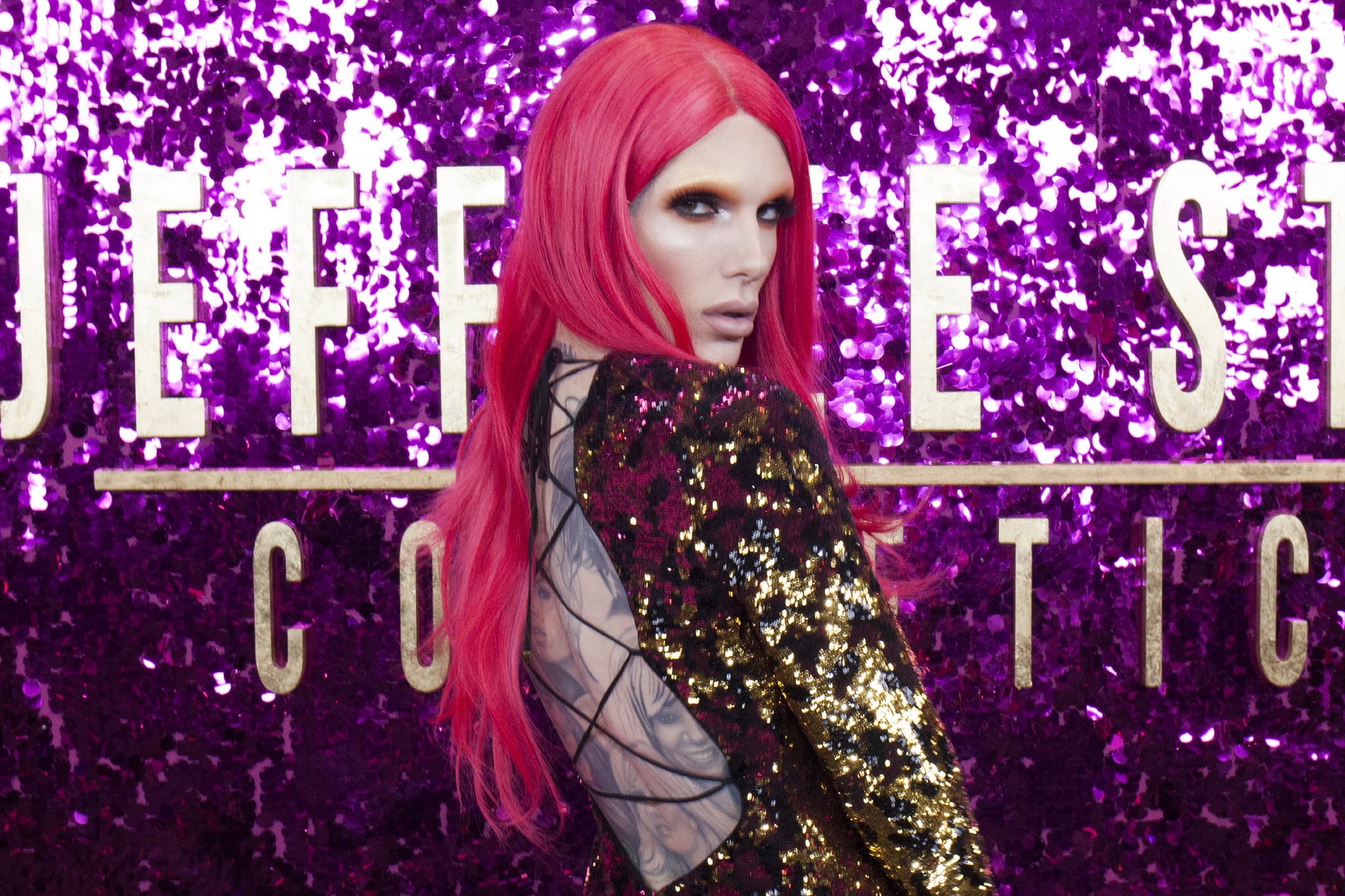 Spend an hour perusing makeup tutorials and you quickly learn there's no shortage of YouTubers with serious beauty skills and impressive hauls. Only once in a blue moon do beauty lovers come across a unicorn like Jeffree Star: a makeup artist, creator of Jeffree Star Cosmetics (one of the hottest cult cosmetics brands around), and an unapologetic truth-teller who makes it his mission to ensure you don't waste one penny of your hard earned money on any product that's less than stellar.

If you've heard Star's name associated with his well documented feuds with fellow makeup gurus and even fans, it's worth mentioning right off the bat: Star's no-holds-barred approach to beauty that encourages you not to accept anything less than a "blinding" highlighter is also reserved for brands he feels are putting out inferior products and the occasional fan he suspects is throwing him shade.

But let's back up.

Star grew up in Orange County, CA, and says his obsession with makeup started at age 13, when he began experimenting with his model mom's cosmetics and recreating looks from popular fashion magazines. After high school, Star moved to Los Angeles and pursued a music career while making connections at clubs filled to the brim with celebs.

This move led to two major career boosts — the first: MySpace fame, where fans flocked to read his uplifting, hilarious and often cutting confessionals and hear his catchy club/dance-inspired glam rock (Nicki Minaj even joined him on the track Lollipop Luxury). As part of the L.A. club scene, Star impressed club goers with his makeup skills and soon found himself operating a side business doing their makeup, which led to stints working behind makeup counters, on fashion and music video shoots, and teaching makeup classes around the world.

Star joined YouTube in 2006 and used his Jeffreestar channel to provide makeup tutorials, speak out for and against cosmetic products, and share even more insight into his life. He has more than 4.7 million subscribers and is a trusted source because it's dead-obvious he isn't bought and sold by any company, and isn't afraid to speak his mind. Need proof? Witness Star calling out queen Kylie Jenner on Twitter for not practicing "quality control" when it came to her lip gloss wands, some of which contained split bristles.

Cheer him on (or shout "noooo!" at your phone) as Star takes on Too Faced Cosmetics on Snapchat for "throwing shade" at Tarte Cosmetics after it released its Unicorn Tears lipstick, calling it the "original" unicorn beauty product and deeming all others "copycats" (presumably referring to Tarte).

Knowing about Star also means being privy to the intimate details behind his falling out with former friend and tattoo artist/makeup creator Kat Von D. The celeb, who once named a lipstick after Star, said she can no longer support him because she claims Star "bullies" others and didn't properly credit artist B.J. Betts for the designs on Jeffree Star product packaging.

Drama seems to follow Star wherever he roams online, from Twitter battles with teen makeup maven Ciera Jewel, who called his company out after finding a hair at the bottom of Star's Ice Cold Skin Frost highlighter to, more seriously, accusations that Star has a racist past, something he addressed in a lengthy YouTube vid in which he admits to saying "nasty, vile" things in decade-old videos and apologizes to his fans, urging them not to follow that example.

If you count yourself among many who are able to look past Star's imperfections and are grateful to him for owning them, there's a lot to be said about how much of himself Star puts out there and how he has built his brand from the ground up. Star's ability to wield a contour and highlighting brush like nobody's business and differentiate between great and substandard products were, of course, crucial components in making it as a beauty pro, but his obsession with quality formulas, "blinding" highlighters (his word, not mine), and outrageously decadent lip colors led to the monumental step of securing his place in the beauty universe in 2014 when he started Jeffree Star Cosmetics.

His brand has expanded to include everything from an Androgyny Eye Shadow Palette with 10 highly pigmented "earthy" shades (that are the most suped-up sexy earthy shades you've ever seen) to his latest Summer Chrome Collection of vegan, cruelty-free lipsticks that include a perpetually sold-out pink gold metallic called Candyass that will make you happy to be alive during this lipstick-obsessed era.

Whether Star is collaborating with Manny MUA on the Skin Frost highlighter and liquid lipsticks, recording his lip injections because transparency is the name of his game, or helping to put products like Stila Heaven's Hue Highlighter on the map with entertaining reviews you could replay for hours, Star is a force to be reckoned with in the beauty world. Love him or hate him — he isn't going anywhere anytime soon.