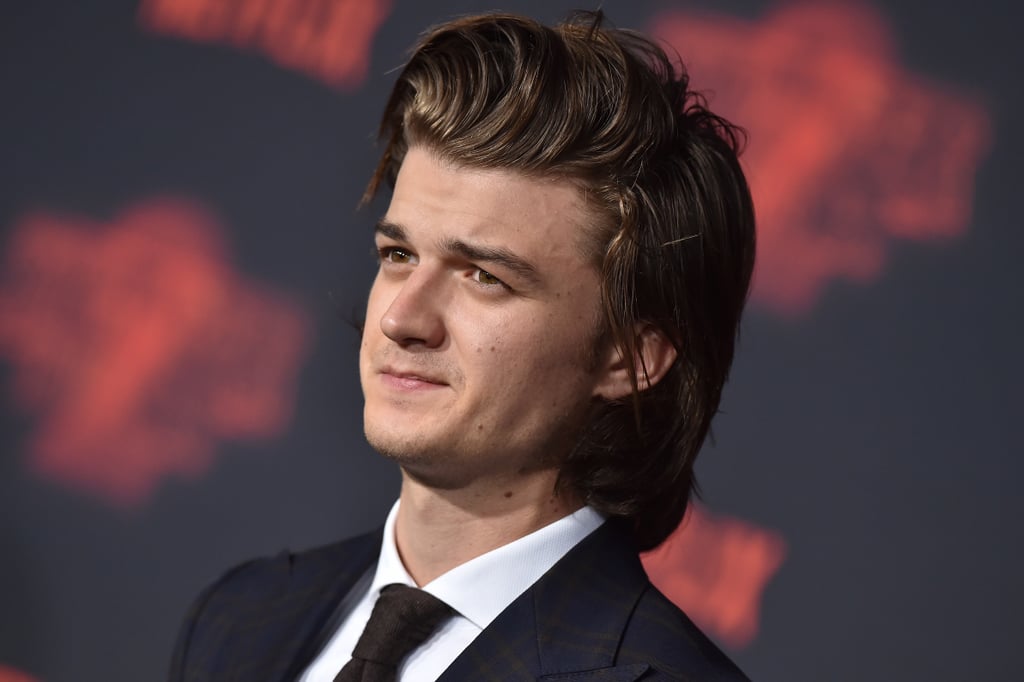 Sorry to Have to Tell You This, but Joe Keery Has Cut His Famous, Gravity-Defying Hair

"I will remember you, will you remember me?" The lyrics to Sarah McLachlan's melancholic farewell song floated into my head the second I saw that Joe Keery had cut his hair. The Stranger Things actor had built quite the cult following around his undulating, gravity-defying head of hair, but attending a Chanel fragrance event with his girlfriend Maika Monroe on Sept. 12, Keery debuted a drastic bowl cut.

At this time it's unclear when or why the haircut took place, but it's possible that it was for his forthcoming movie, Free Guy, which wrapped production over the Summer. That, or he just felt the need for a change, which we respect, but . . . he could've warned us. See photos of the new haircut ahead, preferably as "I Will Remember You" softly plays in the background.