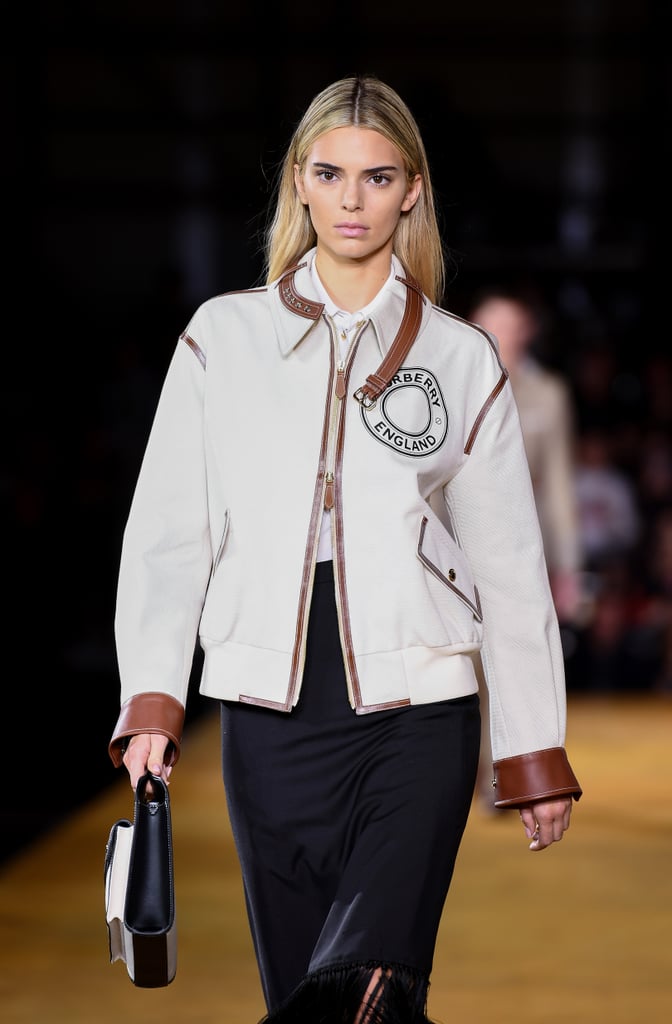 Kendall Jenner is back on the runway — and as a blonde. After opting not to walk the runway during New York Fashion Week, the model and reality star appeared in Burberry's Spring 2020 show at London Fashion Week with a striking new hair color that makes her look a lot more like Khloé than Kim Kardashian.

It's likely that Jenner was actually wearing a wig, or maybe the hair dye is temporary, but it also isn't the first time she's experimented with blond. Jenner previously swapped shades with Gigi Hadid at a Balmain show in 2016, and she shared a selfie in a blond wig the previous year. Perhaps she's finally taken the plunge? See photos of the lightened-up look ahead.