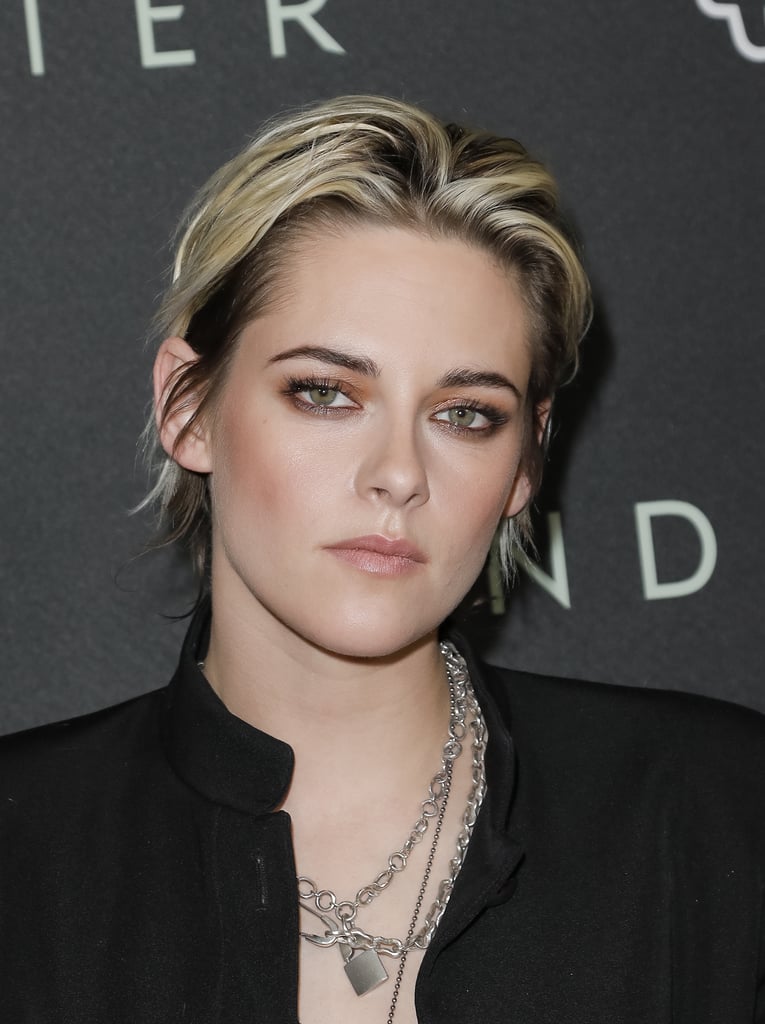 Kristen Stewart could probably make a paper bag look cool if she wore it as a hat, and her new botched blond hair color is all the proof we need to know that she can turn any hairstyle into a true rockstar look. Stewart's hair (which was previously ombré brown-blond) is now streaked with a brassy blond color that looks like she did it herself on a whim after a long week and a quick rummage through her unused hair products drawer — but that's the point.

"It's for a role; it needed to look like Kristen did it herself," Stewart's colorist Amber Maynard Bolt said. "As a perfectionist, it was hard to take myself out of that mindset to create something not as clean as I would normally. I even did a messy application. I put myself in the place if I was grabbing my own hair and lightening it. It's so outside what I normally do, but I loved it!" The look is pretty awesome, so maybe she should ask for the messy look more often.

Even though it's supposed to look messy, we're sort of loving the unconventional style, and we might have to ask for the K Stew Grunge Look (TM) next time we head to the salon. Admire Stewart's muffed up, yet somehow still incredibly stylish, new 'do ahead.