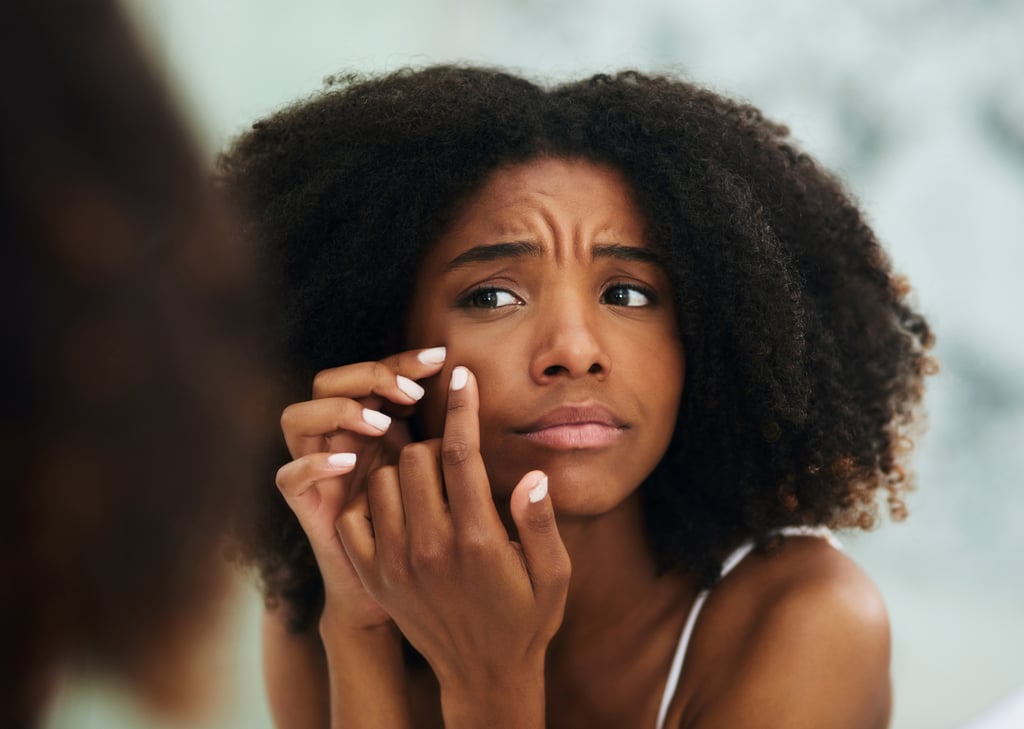 Retinoids, or topical antibiotics, are only going to be helpful "if there is an inflammation involved, in which the bacteria that's there is causing a cascade of inflammation," Dr. Schultz said. That means these formulas work best on red, white, and pus pimples — think of the classic "zit" you probably picture. If you're in the market for a topical, Dr. Schultz said that about 80 to 90 percent of doctors will prescribe Clindamycin. This medicine was first developed in the '70s as an oral antibiotic (more on those later), and it worked well, until a bacterial disease developed among patients. "It was causing a terrible intestinal infection, so they stopped using it orally and developed a topical product," he said.

This topical cream version is much more gentle on your stomach, since you're not actually ingesting it. Instead, you just get an effective leave-on acne fighter.

Along with Clindamycin, other popular prescription topicals are Erythromycin and Dapsone (also known as Aczone).