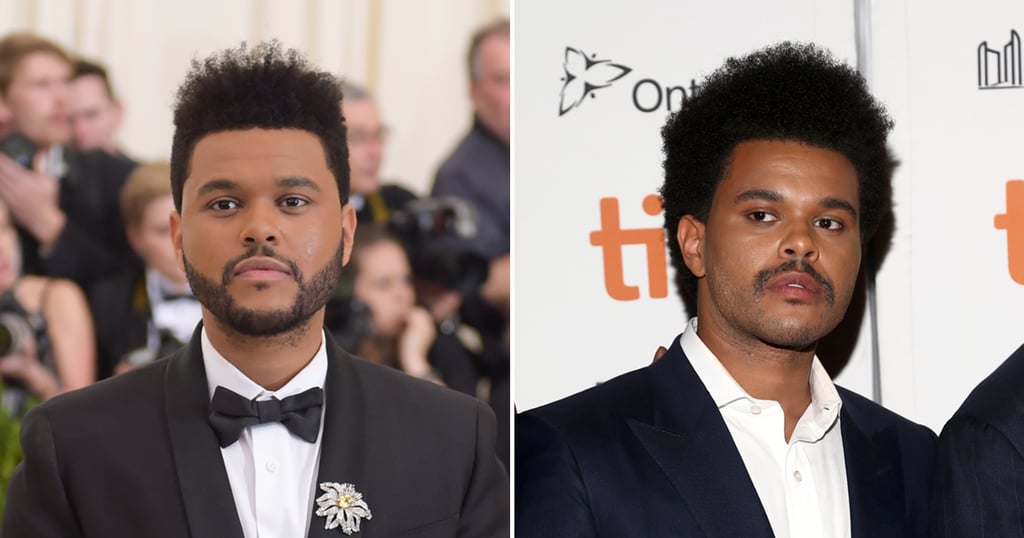 We Almost Didn't Recognize the Weeknd at His Latest Red Carpet Appearance and, We Don't Think You Will Either

The Weeknd stepped out at the Uncut Gems premiere during the Toronto International Film Festival on Monday, and he looked almost unrecognizable thanks to his new hair. The "Starboy" singer has fully adopted a "new season, new look" motto when it comes to grooming. The 29-year-old appears to have shaved off the majority of his beard, leaving just a little stubble, and has grown out his mustache. He also wore his afro in a slightly less angular and more rounded style than previously, and it looks positively dapper.

The premiere marks his first red carpet appearance since his split from Bella Hadid and by the looks of it, he's taken the opportunity to mark his new single life with a different hairstyle.

Ahead, get a closer look at The Weeknd's TIFF appearance and his dapper new look.