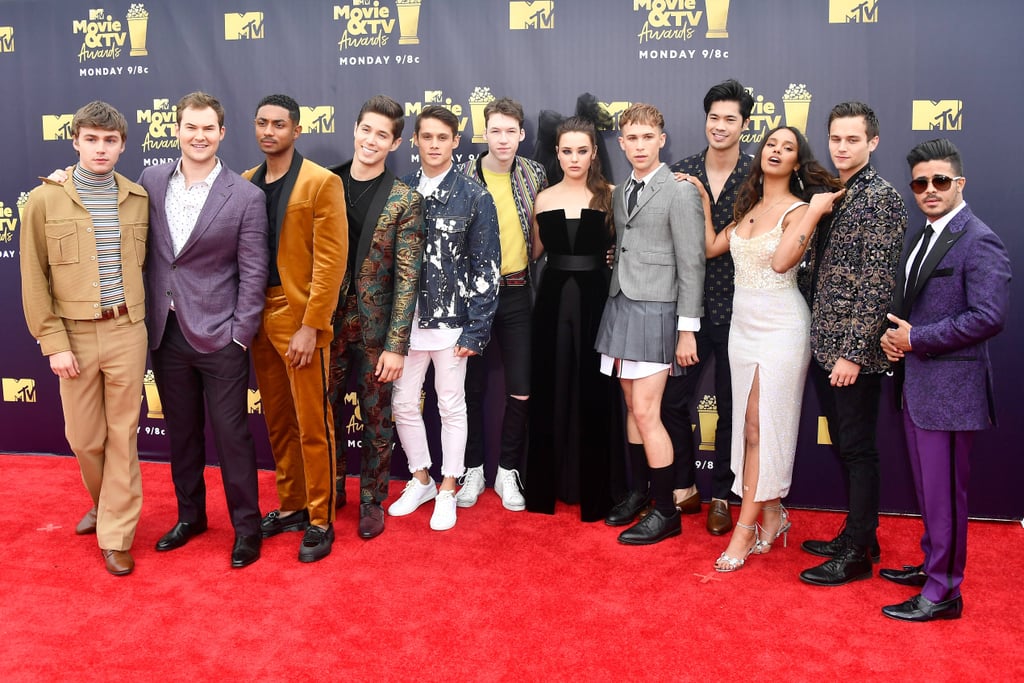 When we say the 13 Reasons Why cast showed up at Saturday night's MTV Movie and TV Awards in LA, we mean it. Pretty much every major star of the show was on the red carpet for the event: Dylan Minnette, Katherine Langford, Christian Navarro, Tommy Dorfman, Miles Heizer, Ross Butler, Alisha Boe, Brandon Flynn, Justin Prentice, Devin Druid, Timothy Granaderos, and Steven Silver. If it sounds like a huge list, wait until you see the massive cast photo! 13 Reasons Why only just dropped its second season on Netflix, but luckily it's already been renewed for a third go-round. So rejoice and look at all your faves at their glammed-up best!