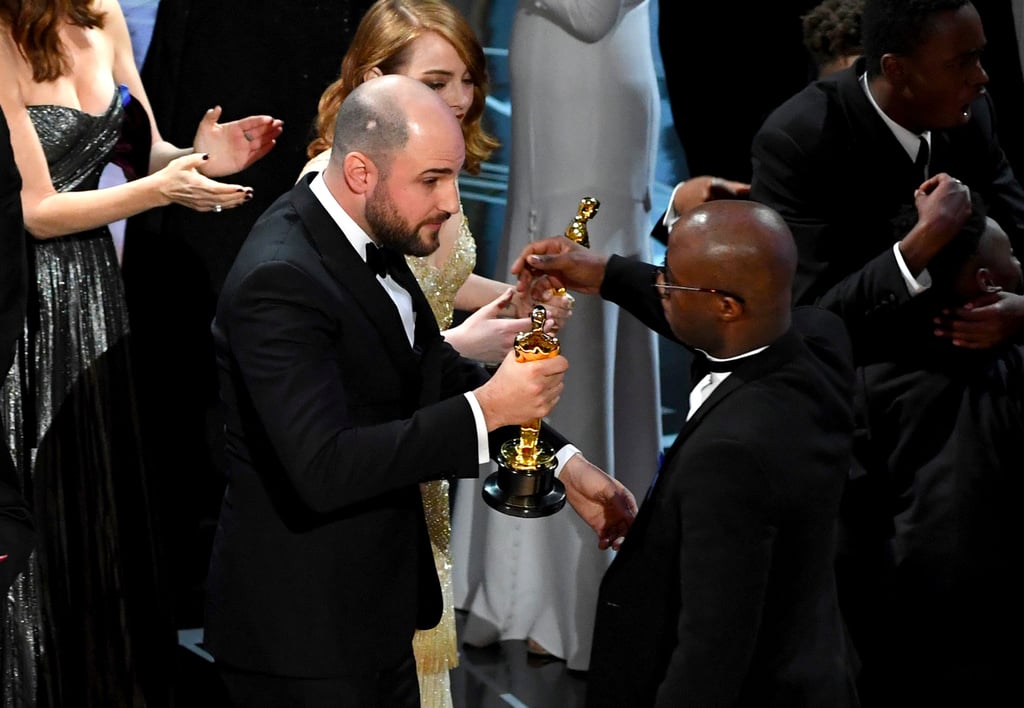 The Play-by-Play, in Pictures, of That Epic Oscars Fail

Going into this year's Oscars, we really thought that the most controversial situation would be Casey Affleck winning best actor, not that the wrong best picture winner would be announced. But it happened, and now we're left questioning how something like this could happen (and what other Oscar winners were a mistake?! Just kidding. We think). In any case, the mix-up was so awkward that even Emma Stone felt the need to defend herself in the Oscar press room right after it happened and just about everyone is weighing in. We're pretty sure it's the most awkward Oscar stage moment in history, and if you're not sure — well, just take a look at the pictures of it unfolding.