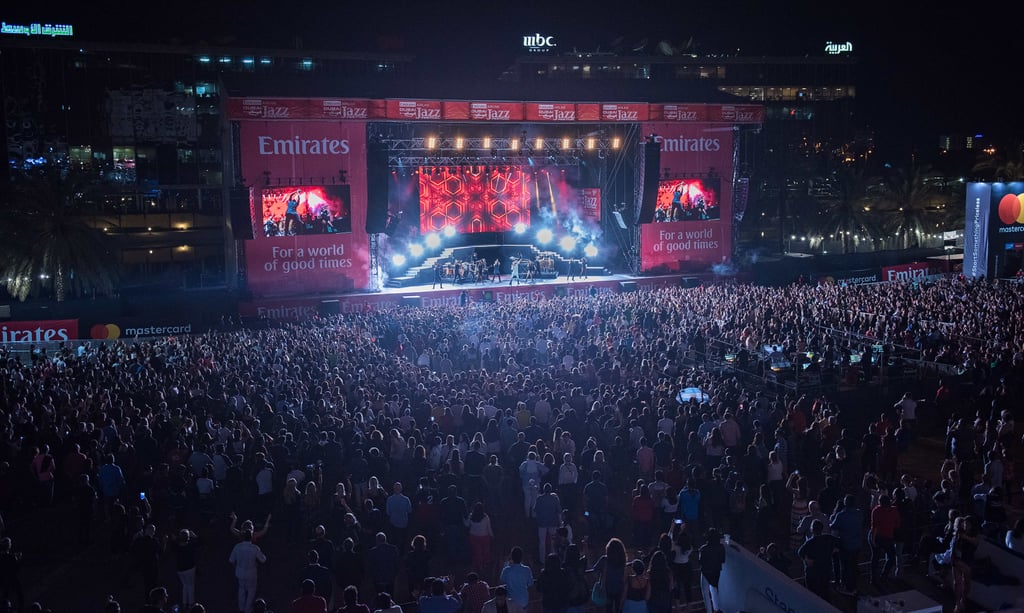 This past weekend saw yet another successful Dubai Jazz Festival as three huge acts took to the stage each night to entertain crowds at the Dubai Media City Ampitheatre.

Supported by Renegade Brass Band, on Day 1 Duran Duran performed their hits "Hungry Like the Wolf," "Ordinary World," "Save Prayer," "View to a Kill," and "Wild Boys" as well as newer tunes from their latest studio album, Paper Gods.

The second night saw the all-singing-all-dancing John Legend and his band belt out tracks such as "All of Me," "Ordinary People," and "Green Light," even bringing one lucky lady up on stage to slow dance with him while wife Chrissy Teigen sent her love to the Dubai audience. China Moses warmed the crowd up before he smiled his way through the vocally flawless set.

Missed out? Catch the best shots in the gallery.