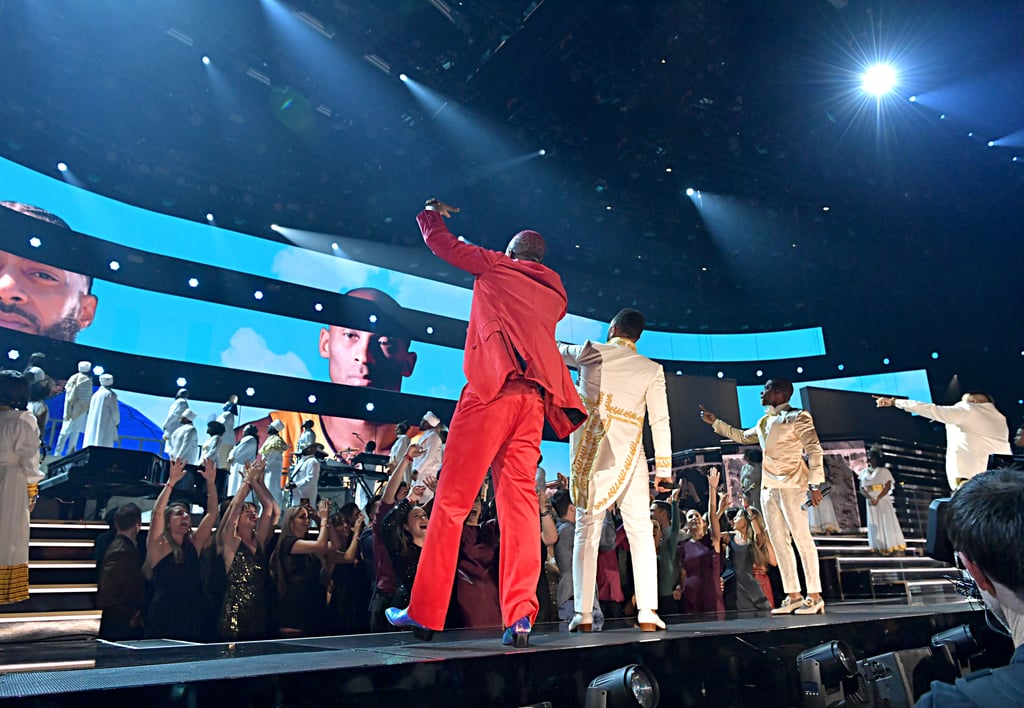 It's been almost a year since the death of rapper Nipsey Hussle, but his memory lives on. On Sunday night, the late rapper's friends came together to perform a beautiful tribute to his legacy. The performance opened with Meek Mill and Roddy Ricch performing "Letter to Nipsey," before transitioning into DJ Khaled and John Legend's rendition of "Higher."

The song is off DJ Khaled's Father of Asahd album and features both Hussle and Legend, which Khaled highlighted by featuring a video of Hussle in the background. Kirk Franklin joined the act alongside a full choir, with the performance's closing verse delivered by rapper YG, a close friend to Hussle.

Hussle is nominated for three posthumous awards, including best rap/sung performance and rap song. The rapper won his first-ever Grammy earlier in the evening for best rap performance for "Racks in the Middle" with Roddy Ricch and Hit-boy. Hussle's family, including his brother, grandmother, and partner Lauren London, accepted the award during the pre-telecast ceremony, with his grandmother thanking those in attendance for "showing all the love" for her grandson "that I have felt for him all of his life and will always live in my heart, so thank you." Watch the touching performance in Hussle's memory ahead.