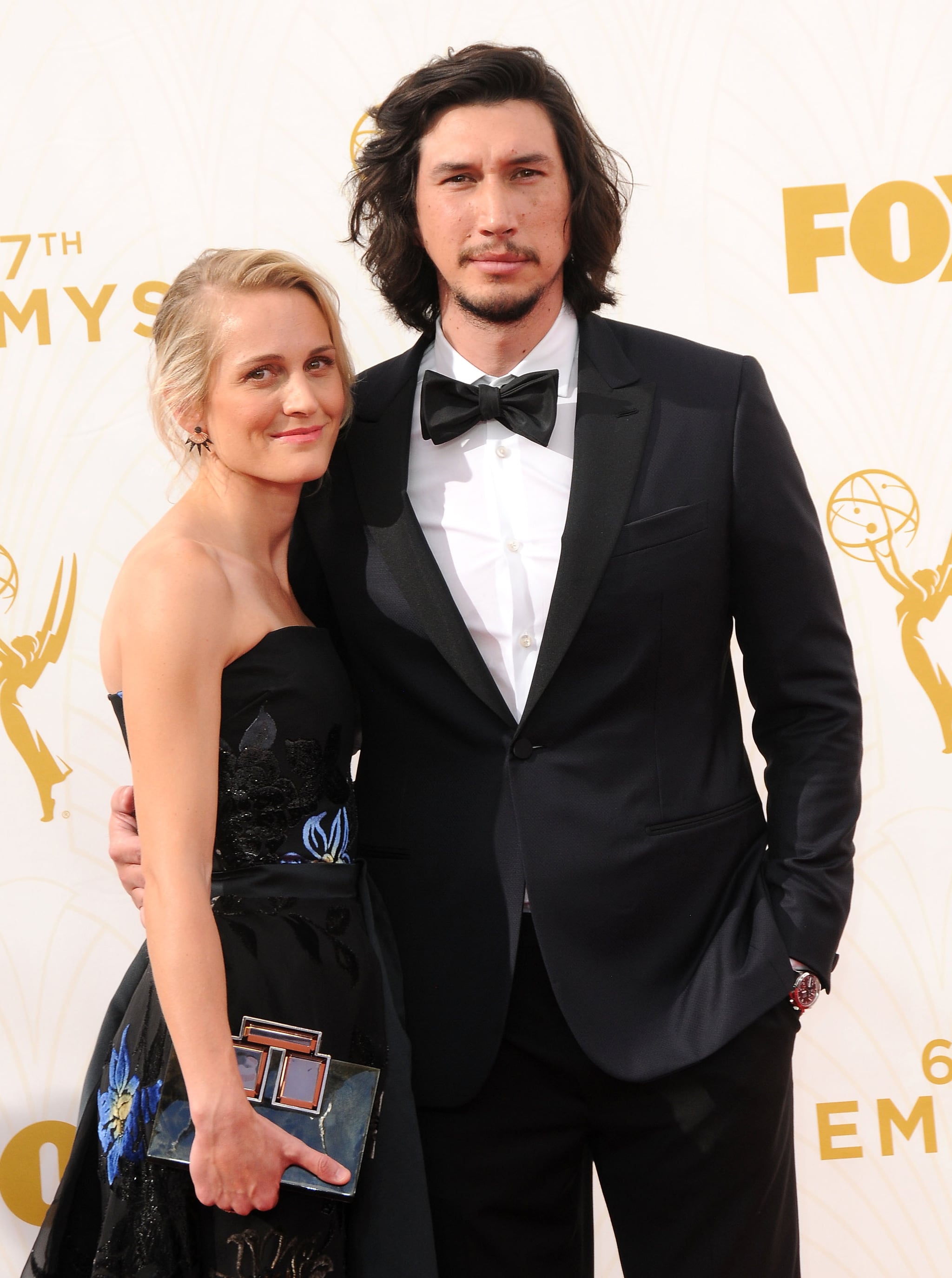 Adam Driver is best known for playing Adam Sackler on Girls, but since the series wrapped, he's been making a new name for himself as Kylo Ren in Star Wars. Now that promotion for The Last Jedi is in full swing, fans have gained even more interest in the cast's lives off screen. While the actor is notoriously private about his personal life, we do have a few details about his love life.

In June 2013, Adam tied the knot with Joanne Tucker during a destination wedding with guests from his hit HBO series in attendance. However, the couple's romance started long before his acting career took off. After getting discharged from the Marine Corps, Adam auditioned and was accepted into Juilliard. Shortly after, he met the love of his life, and they have been inseparable ever since.