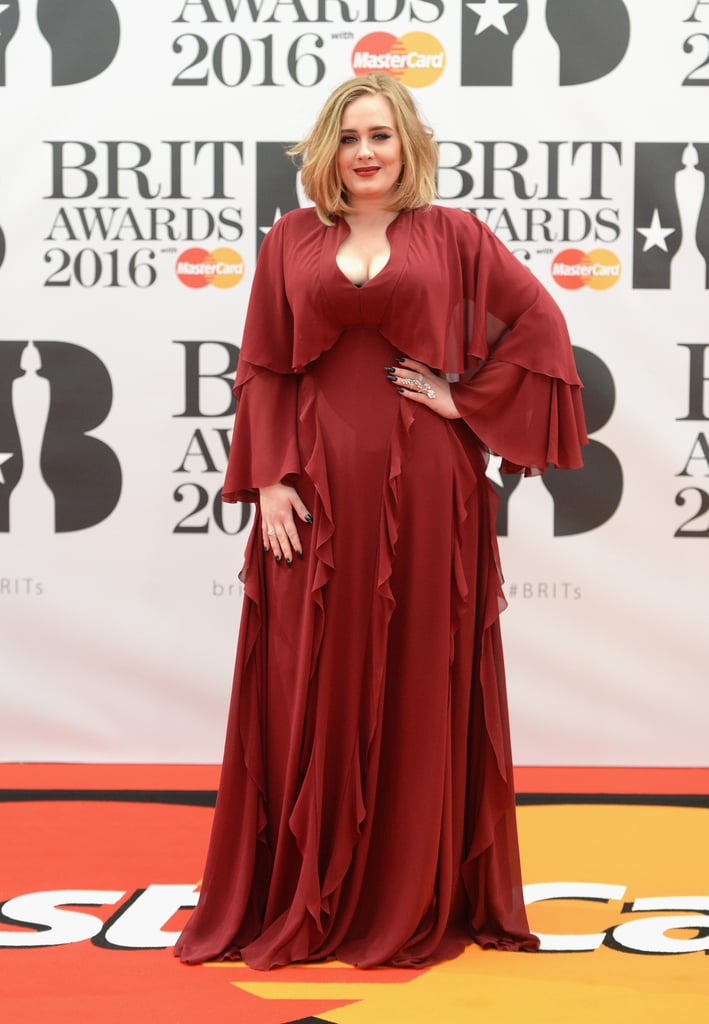 Adele Looks So Good at the Brit Awards, You'll Want to Bow at Her Feet

Adele attended the Brit Awards in London on Wednesday night looking sexier than ever. The hilarious singer, who stunned on the red carpet in a formfitting red dress that highlighted her cleavage, was all smiles as she posed for photos and waved at fans. Adele's show-stopping appearance was just the beginning of her big night back in her home country, as she is set to perform during the show.

Adele's outing comes on the heels of a busy (and dramatic) few weeks. In addition to pranking innocent Jamba Juice workers on The Ellen DeGeneres Show, she also recorded the best voicemail in history, endured technical difficulties while performing at the Grammys, and opened up about how upset it made her. Keep reading to see more of her sexy red carpet appearance, then check out her epic Carpool Karaoke session with James Corden.