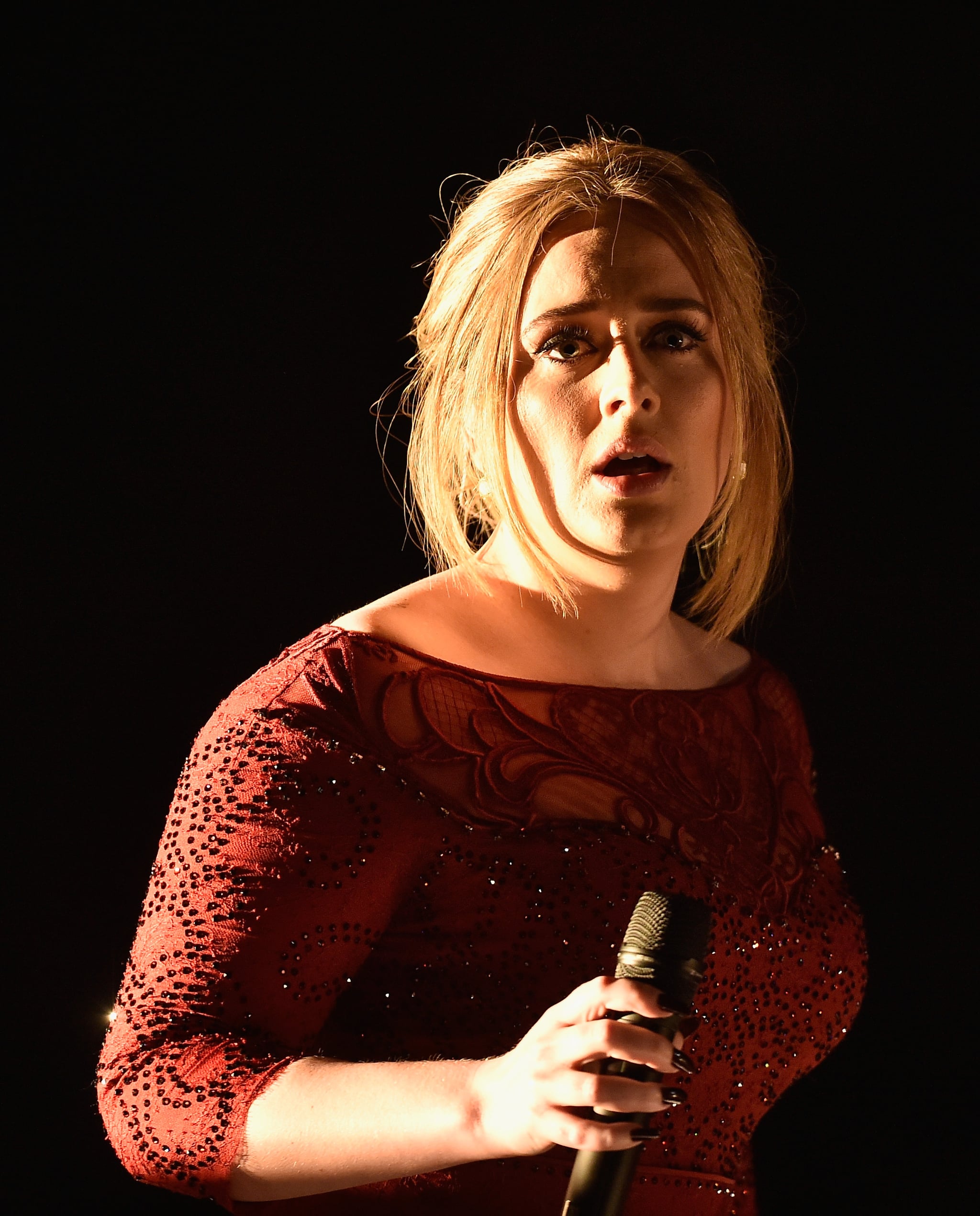 When Adele took the stage at the Grammy Awards on Monday night in LA, not everything went as planned. What should have been a powerful rendition of "All I Ask" became a struggle as the singer had to deal with multiple technical diffiulties. The Internet, of course, immediately lit up with tons of reactions, and Adele even got in on the Twitter storm with an explanation of her own . . . plus, a pretty good solution for her woes. Read what she had to say below, then check out more pictures from her glorious Grammys evening.

The piano mics fell on to the piano strings, that's what the guitar sound was. It made it sound out of tune. Shit happens. X

Because of it though... I'm treating myself to an in n out. So maybe it was worth it.