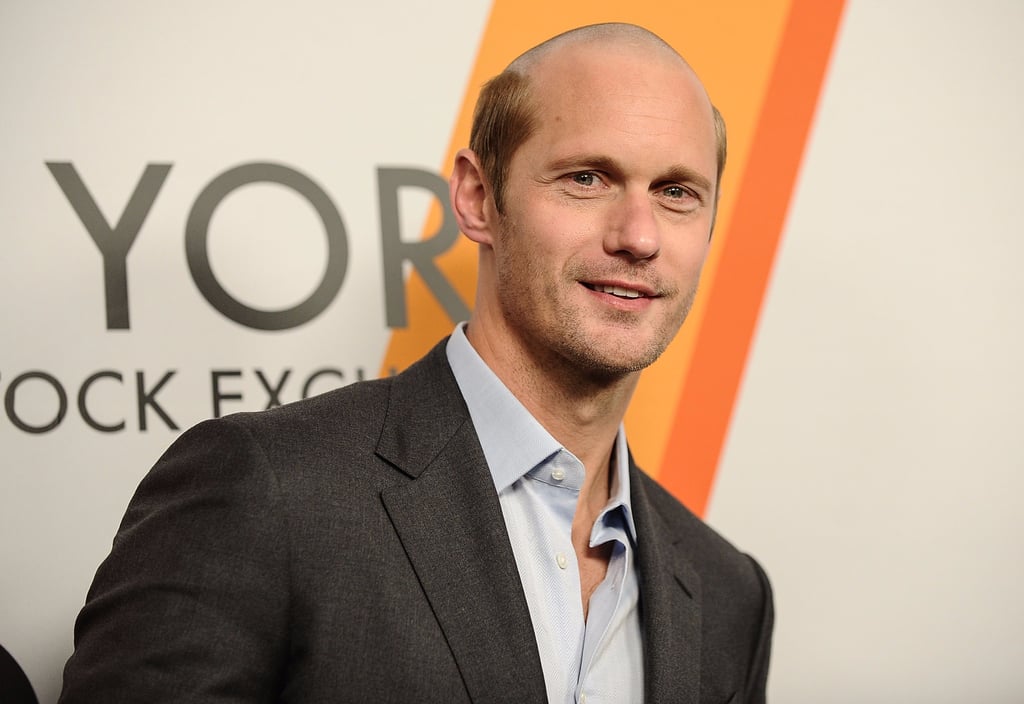 Alexander Skarsgard's brother, Bill, may have played Pennywise the clown in the recent remake of Stephen King's It, but Alexander recently went in a much different direction when it came to his latest hairdo. To set himself apart from his baby bro, the actor decided to channel Bozo the Clown instead. Alex, who we usually can't get enough of because of those eyes, lips, and yes, hair, sported a partially bald head when he attended the Volez, Voguez, Voyagez - Louis Vuitton Exhibition opening in New York City on Thursday.

While we assume the new do is for a movie role, some fans couldn't help but voice their utter devastation over his look on Twitter. "WHAT THE F*CK IS ALEXANDER SKARSGARD DOING," one user wrote, while another said, "What has Alexander Skarsgard done to his hair....what has he DONE??? ALEX NOOOOOO." The actor is currently filming The Hummingbird Project with Jesse Eisenberg, so only time will tell what this . . . dazzling new look is for.