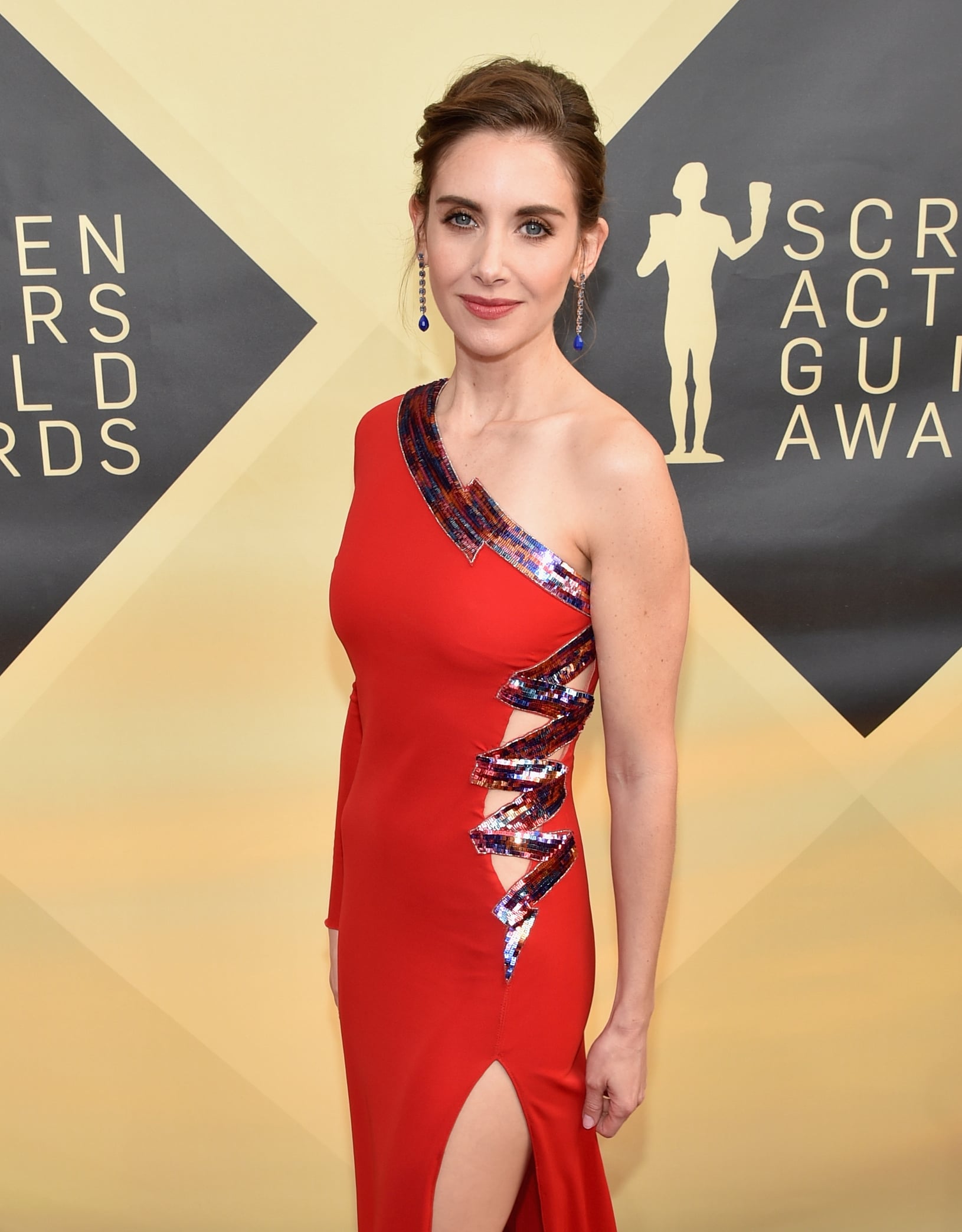 Giuliana Rancic put Alison Brie on the spot ahead of the SAG Awards on Sunday night. While talking about the Time's Up movement on the red carpet, the E! News reporter pressed the SAG-nominated GLOW star, who is married to Dave Franco, about the recent sexual misconduct allegations against her brother-in-law, James Franco. "I think that above all what we've always said is that it remains vital that anyone that feels victimized should and does have the right to speak out and come forward," Alison said before adding, "I obviously support my family, and not everything that's been reported has been accurate, so I think we're waiting to get all the information. But of course now is the time for listening, and that's what we are all trying to do." While Alison and Dave walked the red carpet together, James, who is nominated for best actor for The Disaster Artist, is expected to attend the show.