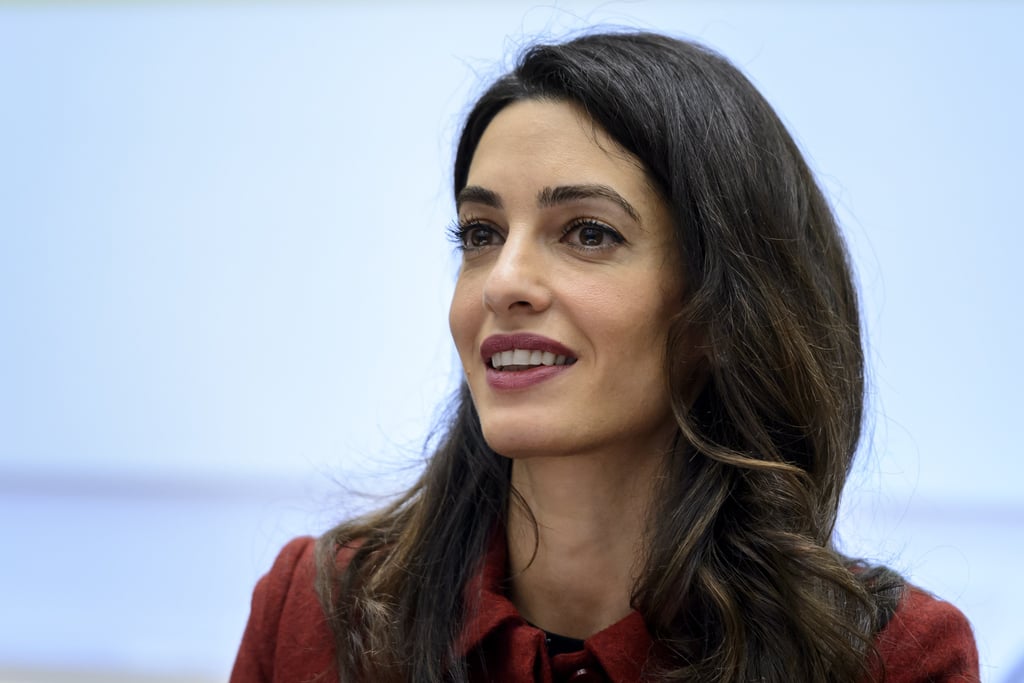 Amal Clooney may be married to one of Hollywood's biggest actors, but she is so much more than just George Clooney's wife. Amal is a human rights lawyer, a professor at Columbia Law School, and an overall badass with a heart of gold. Not only has Amal made it her mission to help refugees all around the world, but in 2016, she and George started the Clooney Foundation For Justice as a way to fight "for the rights of individuals unfairly targeted by oppressive governments through the courts."

While speaking at this year's Watermark Conference For Women, Amal opened up about why the cause is so close to her heart. "People don't choose to become a refugee, they're just victims of war and they are victims of circumstance," she explained. "They were born in the wrong place at the wrong time and I think how we respond to that is a test of our humanity." Take a look at all the ways Amal is making an impact in the world — and inspiring us to do the same.