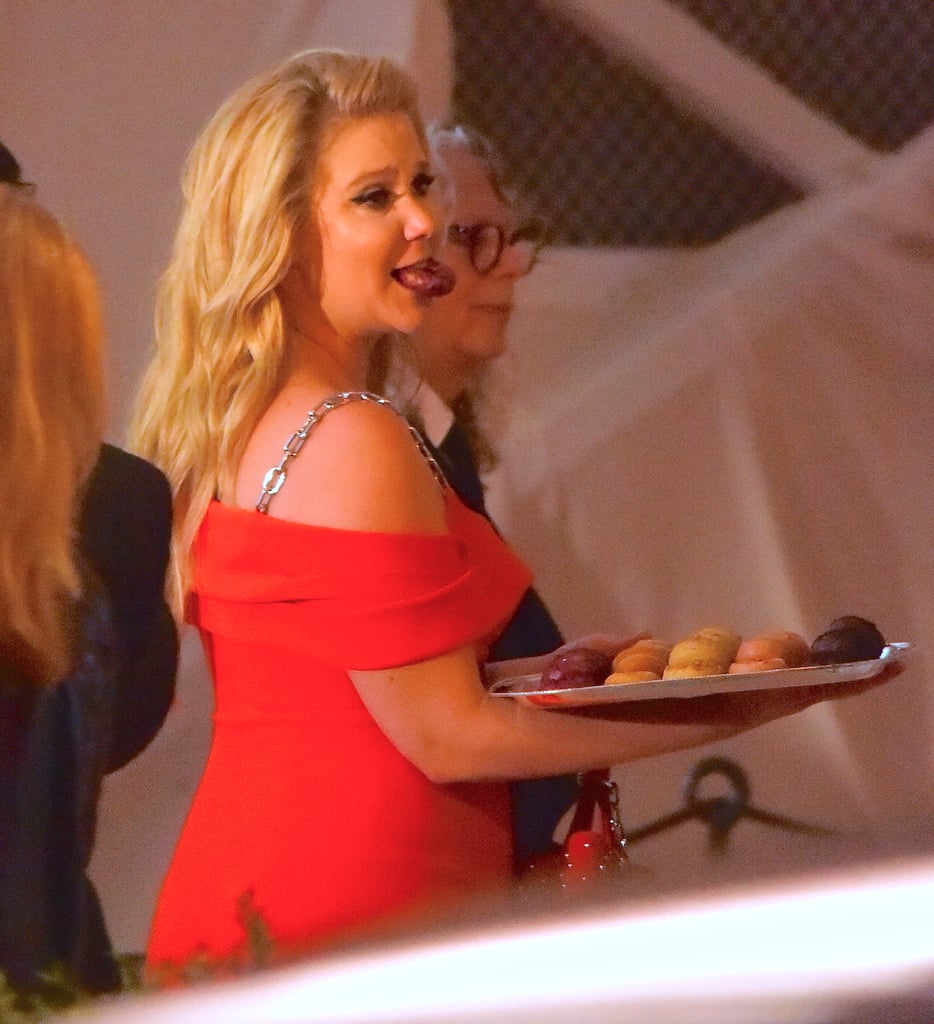 Amy Schumer's Night at the Met Gala Consisted of Donuts, Deodorant, and Booze

Out of all the celebrities who attended the 2016 Met Gala in NYC, no one seemed to be having even half as much fun as Amy Schumer. Even at one of the most high-profile, high-fashion events of the year, the comedian seemed blissfully unbothered with impressing anyone (although in that jaw-dropping red dress, she totally did), giving fans an inside look into her getting ready ritual on Instagram. In addition to rubbing deoderant on the inside of her legs to prevent chafing (aka GENIUS), she also loosened up with a few cocktails and hitched a ride on a party bus.

After Amy arrived at the gala looking like a total smokeshow on the arm of fashion designer Alexander Wang, she stole a tray of donuts from a waiter for her group, which included boyfriend Ben Hanisch and rapper Nas (NBD), and carried the pastries around the red carpet. If this is a sign that donuts are the newest, hottest accessory, we are 100 percent on board. See more from Amy's hilarious night out below!