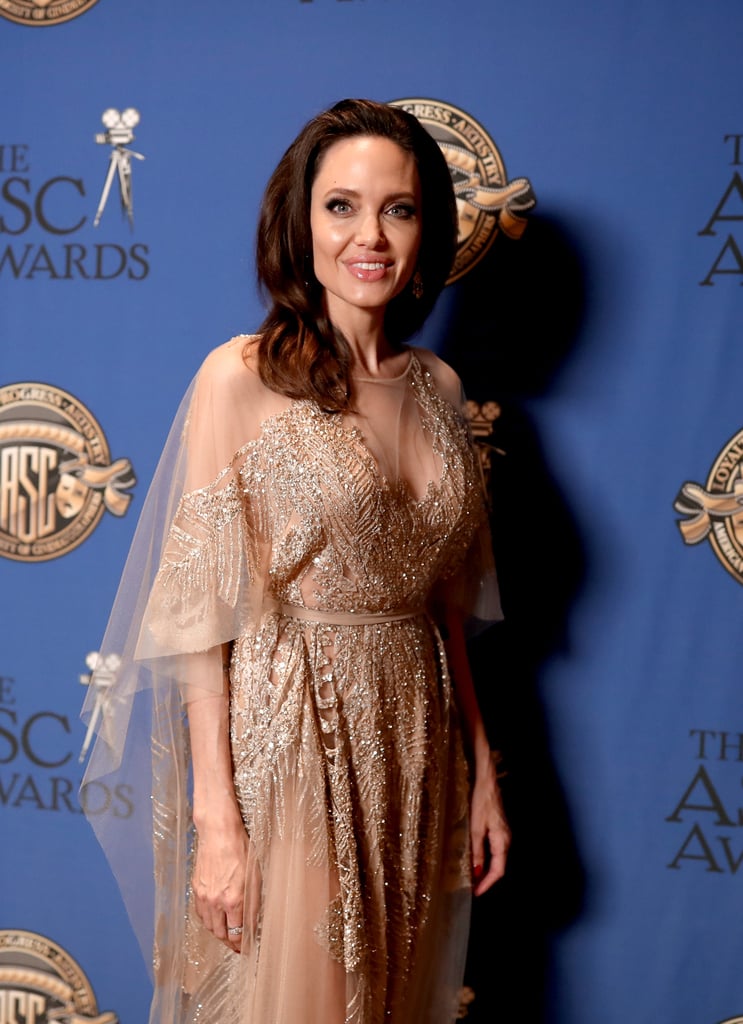 Angelina Jolie's radiant glow was undeniable at the 2018 American Society of Cinematographers Awards in Los Angeles on Saturday night. The 42-year-old actress turned heads at the swanky affair in a champagne-colored lace dress designed by Elie Saab. The proud mom of six was also honored for her directorial work on First They Killed My Father, taking home the coveted Board of Governors Award. The critically acclaimed historical thriller also scored a Golden Globe and Critics' Choice nomination for best foreign language film earlier this year. See more photos from her glammed night out ahead, then look back on Angelina's most scintillating looks over the years.