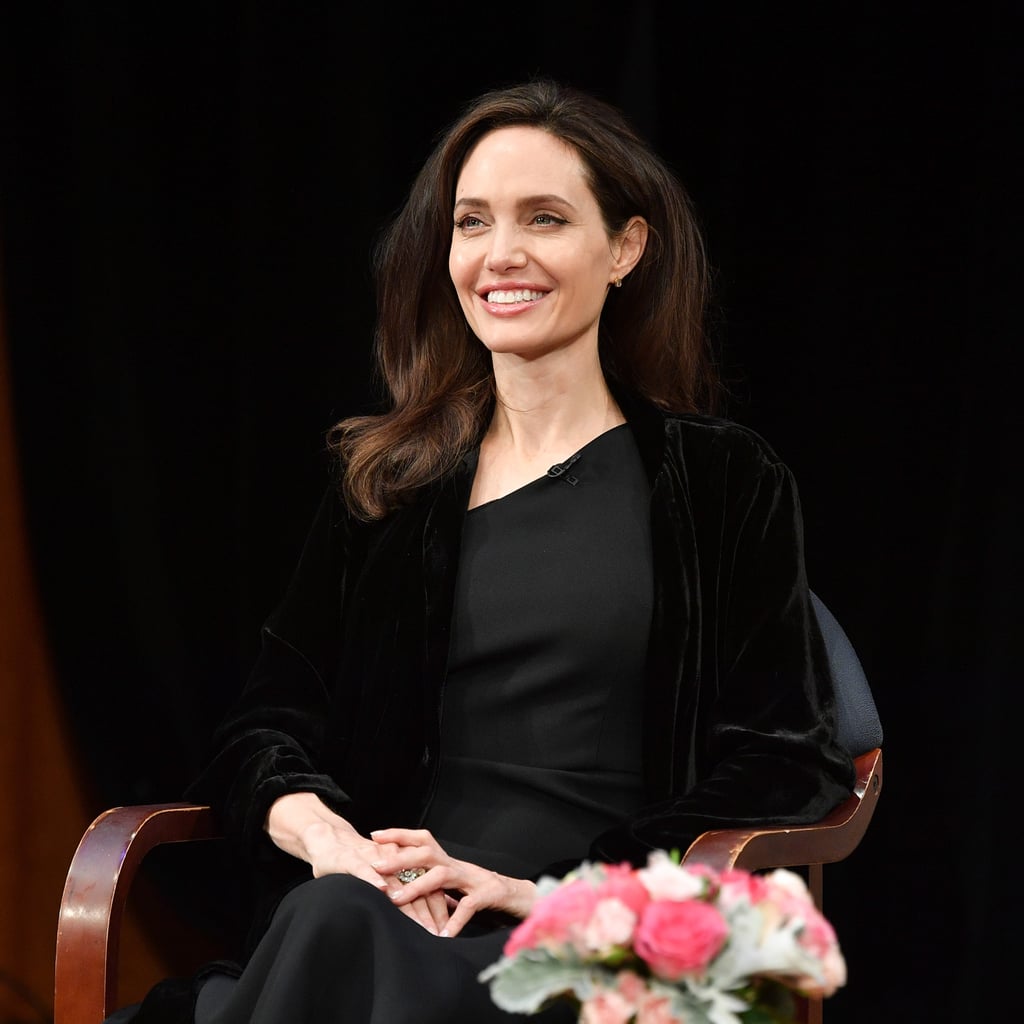 Angelina Jolie was glowing as she attended the Light After Darkness: Memory, Resilience and Renewal in Cambodia discussion at the Asia Society in NYC on Thursday. The actress stepped out in a slinky navy gown and velvet robe as she made her way into the event, where she spoke on a panel with activist and First They Killed My Father author Loung Ung. It's been a whirlwind year for Angelina, who has traveled the globe with her and Brad Pitt's six children while promoting her Netflix film based on Loung Ung's book. Most recently, she gave an impassioned speech at THR's Women in Entertainment luncheon and honored those who "refuse to be intimidated" and who "are fighting so that others may one day have the freedoms we now have."