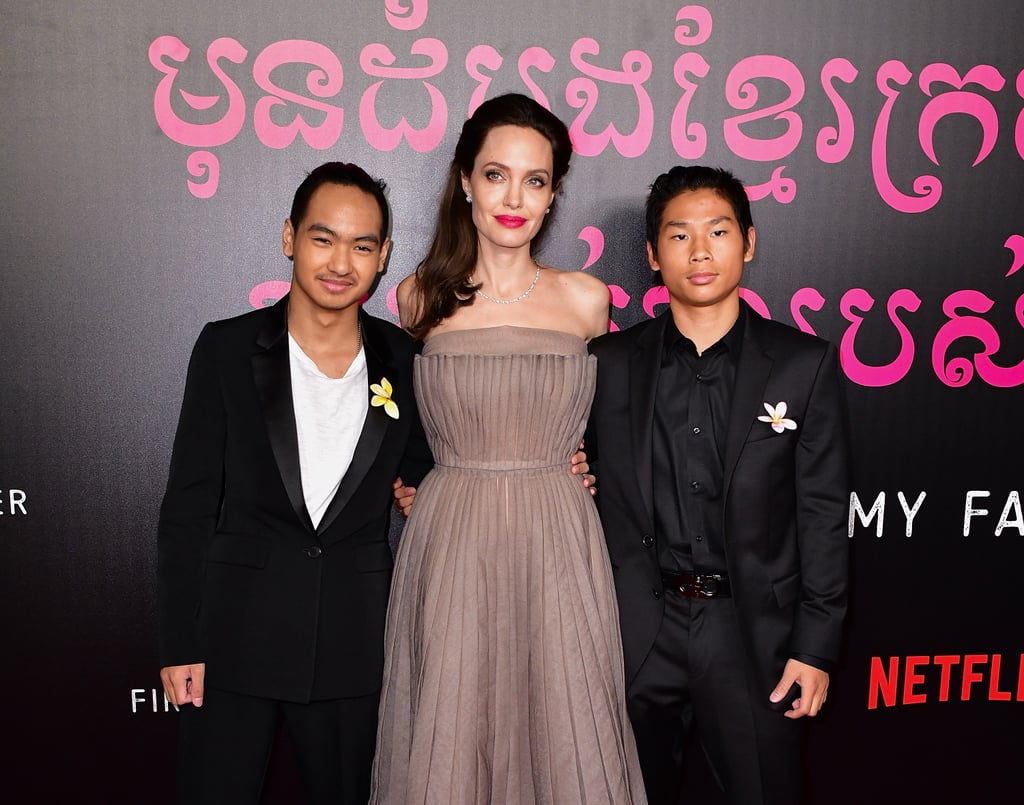 Angelina Jolie and her children have been stepping out a lot lately, and we can't get enough. After taking the Toronto International Film Festival by storm, the big, happy family attended the NYC premiere of Angelina's movie, First They Killed My Father, on Thursday night. The actress and her six children put on a united front as they all incorporated what appears to be plumeria flowers into their outfits, which symbolize positivity. Of course, it was her eldest sons Maddox and Pax, who helped work on the film, that really stole the spotlight as they sweetly escorted their mom down the red carpet. Seriously, she looks so proud!

Angelina's two eldest sons also weren't the only men in her life that showed their support. Her father, Jon Voight, who had previously been estranged from her for nearly seven years, made a cameo at the event. The two ended their longtime feud in 2010, when Brad Pitt convinced them to make a mends. Even though the father-daughter duo didn't pose for pictures together, the actor was all smiles as he posed with his brother, Angelina's uncle, Chip Taylor.