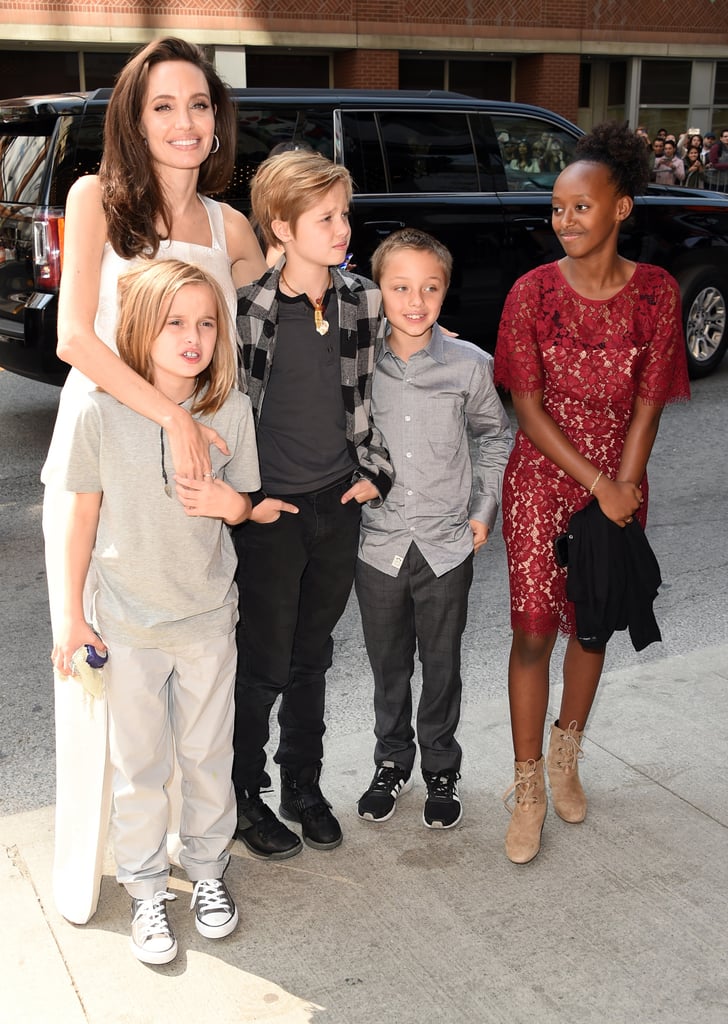 Angelina Jolie had the support of her big, happy family as she attended the premiere of her film The Breadwinner at the Toronto International Film Festival on Sunday. The actress, who is currently in the middle of divorcing Brad Pitt, was all smiles as she posed with her youngest children, Zahara, 12, Shiloh, 11, and twins Knox and Vivenne, 9. Not only do they all look so grown-up, but Shiloh is basically the spitting image of her father. While the couple's oldest sons, Maddox, 16, and Pax, 13, were visibly absent from the event, they were on hand last week to support their mother at the premiere of her film, First They Killed My Father, which Pax also assisted on as an on-set photographer.