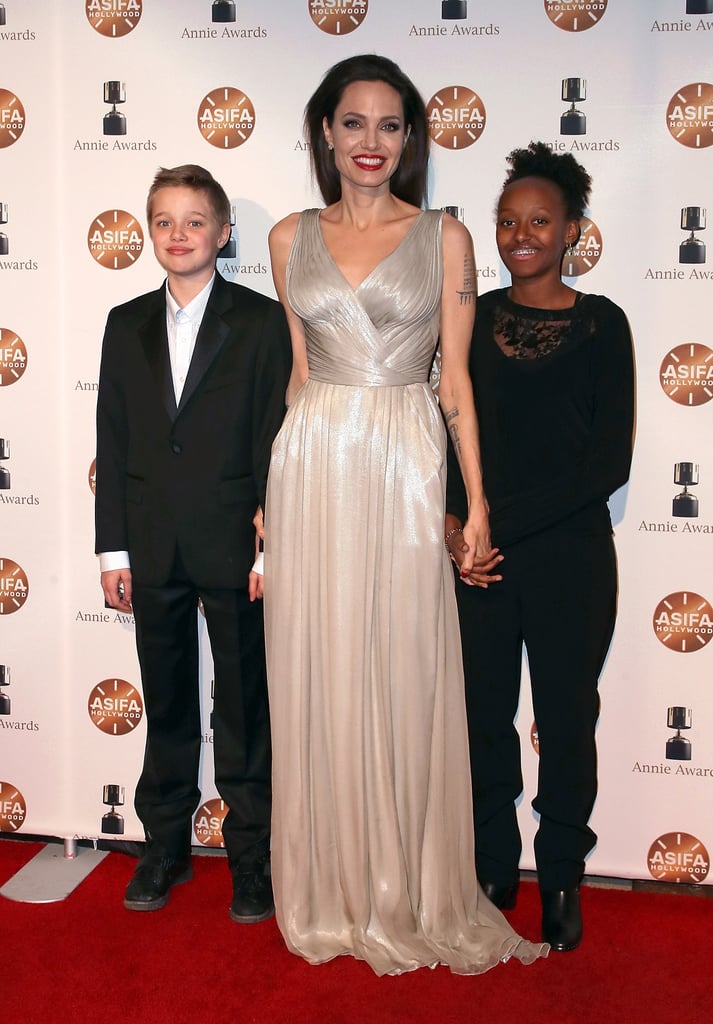 Angelina Jolie had the unwavering support of two of her children while walking the red carpet at the 2018 Annie Awards in Los Angeles on Saturday night. The 42-year-old Oscar winner, who looked like a high-fashion princess in her silver Atelier Versace gown, brought 13-year-old Zahara and 11-year-old Shiloh Jolie-Pitt as her dates for the glamorous night out. Before heading inside to receive the award for best animated feature for the Oscar-nominated movie The Breadwinner, which she co-produced, Angelina and her daughters held hands and flashed big smiles in front of photographers. The UNHCR Goodwill Ambassador also struck a pose with The Breadwinner's director, Nora Twomey, and star, actress Saara Chaudry.

This certainly isn't the first time Angelina has turned a glitzy Hollywood event into a family affair. The First They Killed My Father director took her 14-year-old son, Pax, as her date to the Golden Globes in January, and back in September she brought all six of her children — Maddox, Pax, Zahara, Shiloh, and twins Knox and Vivenne — as her dates to the Toronto Film Festival. In the wake of her tumultuous split from estranged husband Brad Pitt, it's clear that Angelina is putting her children first. Read on to see more photos from her, Shiloh, and Zahara's fun night out!