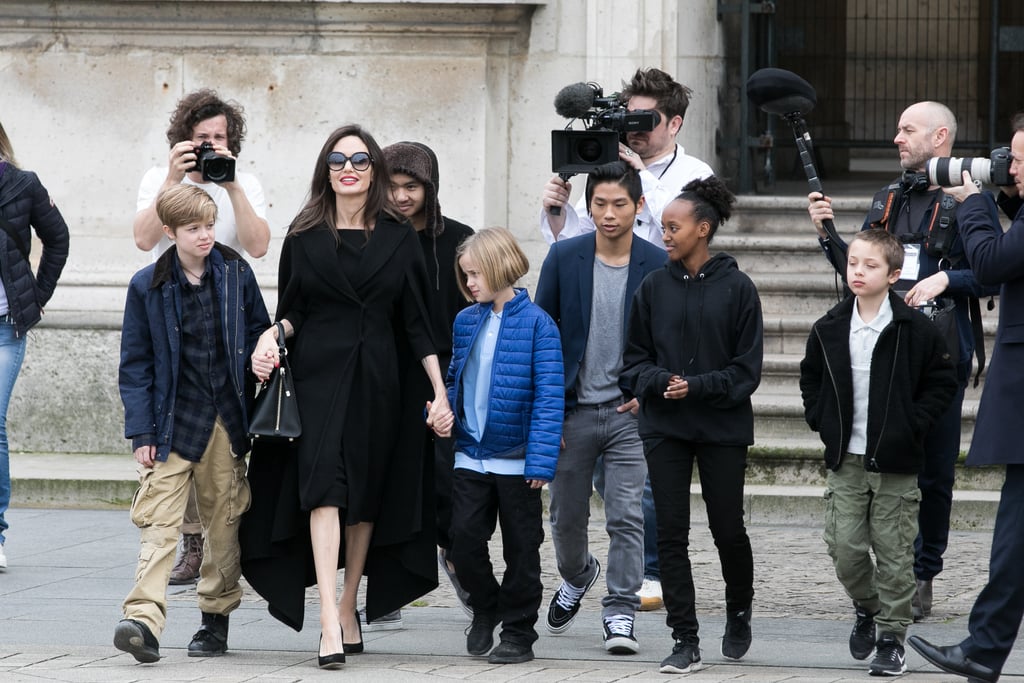 Angelina Jolie brought her six kids — Maddox, Pax, Zahara, Shiloh, Vivienne, and Knox Jolie-Pitt — to the Louvre for an afternoon of culture in Paris on Tuesday. The First They Killed My Father director bundled up in a sleek black coat and heels as she and her brood left the Hotel de Maurice before making their way to the historic museum. Before touching down in the City of Light, Angelina traveled to Zaatari, Jordan, to visit a Syrian refugee camp. While there, she held a press conference and called for a political solution to Syria's civil war, saying that "humanitarian aid is not a long-term solution."

Between her philanthropic efforts, Angelina has also made time to hit a few red carpets and has been bringing her kids along for the fun. Earlier this month, 14-year-old Pax was her date to the Golden Globes, where Angelina avoided a potentially awkward run-in with Jennifer Aniston. Angelina also brought daughters Shiloh and Zahara to the National Board of Review Awards gala, where they matched in all-black outfits.