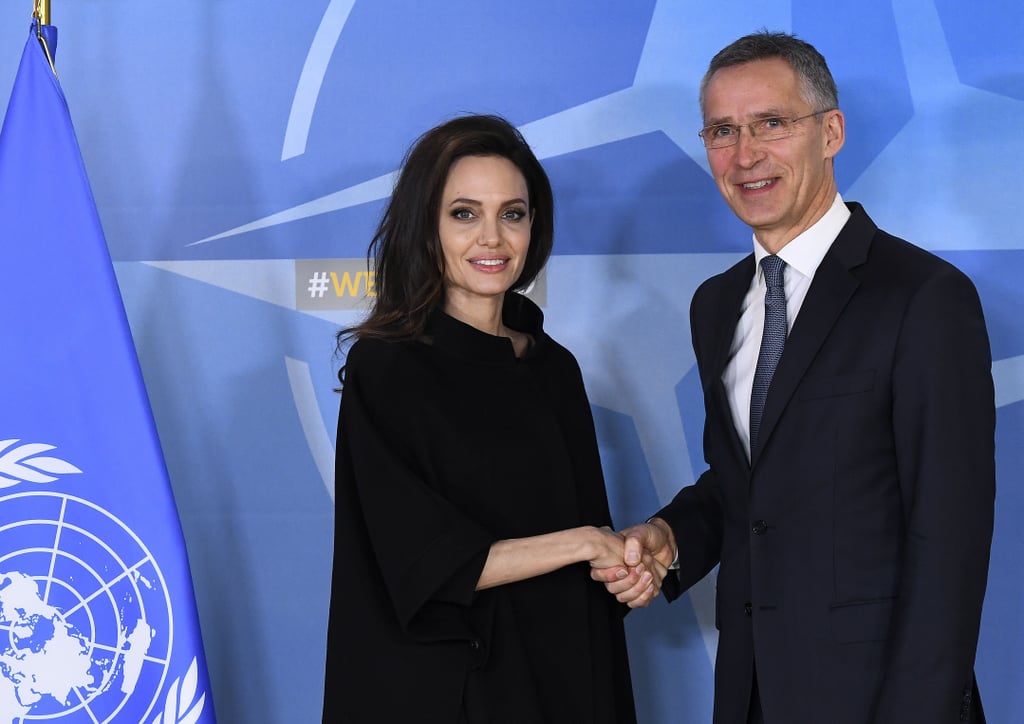 Angelina Jolie continues to lead by example. On Wednesday, the actress held a press conference at the NATO Headquarters in Belgium after meeting with the NATO Secretary General Jens Stoltenberg. Clad in a black off-the-shoulder dress, Angelina, who was appointed the special envoy for the United Nations High Commissioner for Refugees in 2012, discussed how the alliance can raise awareness and prevent sexual violence against women in conflict areas.

"There can be no lasting peace and security without equal rights and participation for women in all societies," Angelina said. "Those rights cannot be achieved in an environment where there is impunity for mass crimes against women and girls. This is not only a question of protecting women; this is a question of valuing women."

Angelina's outing is just the latest stop on her European tour. Just the day before, she took all six of her kids — Maddox, Pax, Zahara, Shiloh, Vivienne, and Knox Jolie-Pitt — to the Louvre in Paris before meeting with French President Emmanuel Macron and First Lady Brigitte Macron at the Elysées Palace.