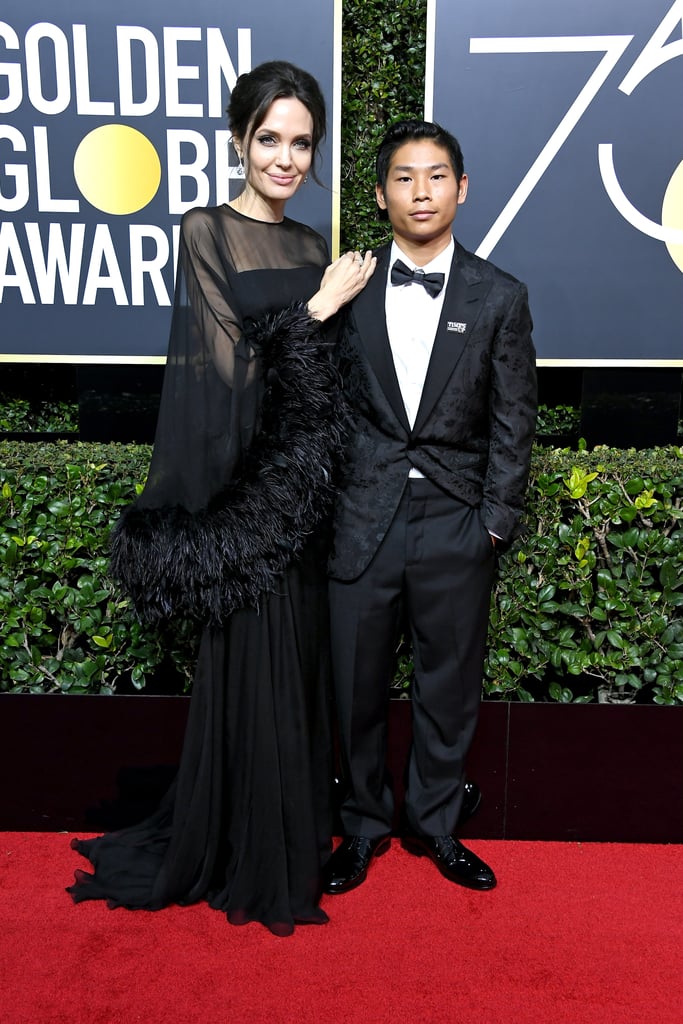 While some of Hollywood's biggest stars brought their spouses to the Golden Globes, Angelina Jolie had her son Pax as her plus-one on Sunday night. The actress, who is presenting during the show, made the red carpet a family affair as she walked with her 14-year-old son. E! News also caught a cute moment where Angelina helped fix his suit.

This certainly isn't the first time Angelina has brought out her children for a big event. In fact, we've been seeing more and more of the Jolie-Pitt kids. Not only did Angelina pose with her two eldest sons during the NYC premiere of her film First They Killed My Father in September, but she brought out her entire family of six for the 2017 Toronto Film Festival.