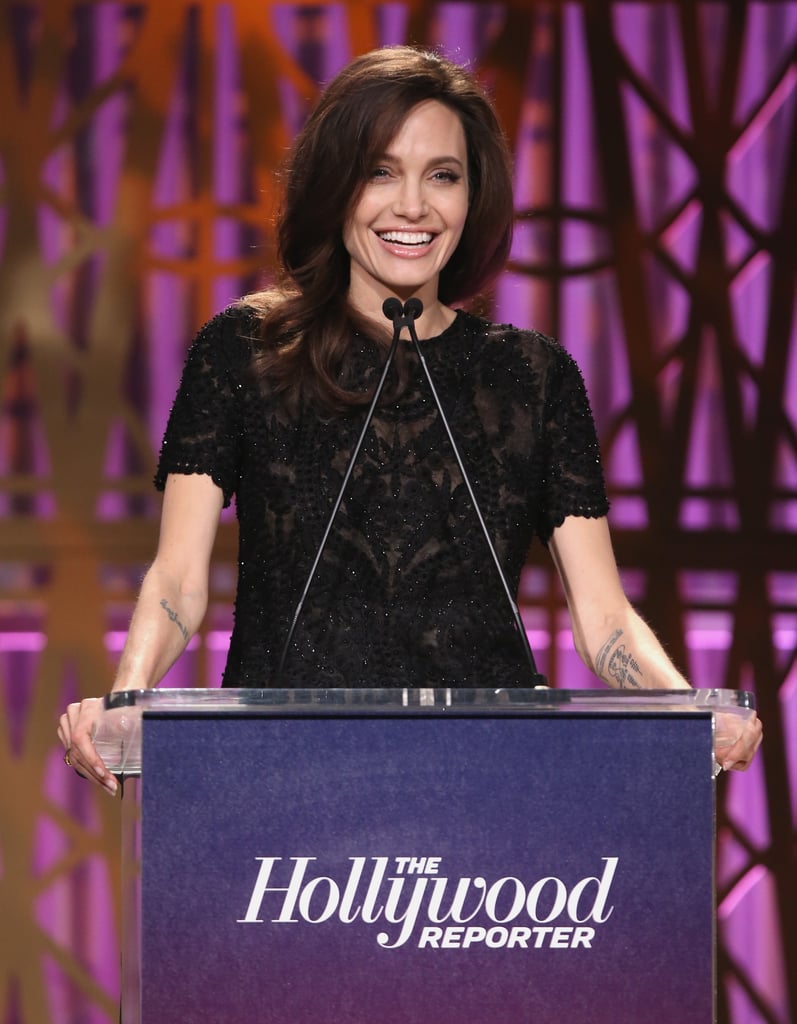 Angelina Jolie was one of the esteemed guests at The Hollywood Reporter's annual Women in Entertainment Breakfast in LA on Wednesday. The actress and First They Killed My Father director skipped the red carpet but took the stage inside to deliver a keynote speech, during which she spoke candidly about female solidarity through art.

"We have a level of freedom that is unimaginable for millions of other women around the world — women who live with conflict and terrorism and displacement and poverty, who never get a chance, whose voices are always silenced," she told the crowd, which included other badass women like Shonda Rhimes, Glenn Close, Gal Gadot, and Jennifer Lawrence, who was honored with the Sherry Lansing Leadership during the ceremony. "I pay tribute to the women artists, journalists, human rights defenders and lawyers around the world who refuse to be intimidated; the brave people who are fighting so that others may one day have the freedoms we now have," Angelina added.

Backstage, Angelina signed autographs and posed for selfies with a group of girls from THR's Women in Entertainment Mentorship Program, were presented with more than $1 million in scholarships by Justin Timberlake and Gal Gadot. Keep reading for all the best pictures from Angelina's outing.